In 2019 while the nation rang in the 100th anniversary of the passage of the 19th Amendment, Wyoming celebrated the 150th anniversary of women voting. In fact, the Wyoming Territory approved the first law in U.S. history granting women the right to vote and hold office in 1869 — more than 20 years before it became the 44th state. Aptly named the “Equality State,” Wyoming’s history is full of pioneering ladies. Here’s where you can dig into their legacies.

The Wyoming House for Historic Women

On Sept. 6, 1870, Louisa Gardner Swain became the first woman in the world to cast a ballot after being granted universal suffrage in Wyoming, where this right was maintained in perpetuity. See a life-size statue of Swain in front of the Wyoming House for Historic Women, just one block from where she cast her ballot. The museum also features exhibits on Swain and 12 other Wyoming women who have impacted the world, including Martha Symon Boies, the nation’s first woman bailiff, and Nellie Tayloe Ross, the first woman elected governor in the U.S.

While Morris only served as South Pass City’s justice of the peace for about eight-and-a-half months (the term she was appointed to serve expired), she handled 26 cases and was also honored as a suffrage pioneer during the Wyoming statehood celebration in 1890. Visit a statue of Morris in the Wyoming State Capitol, which resembles the statue of her in the U.S. Capitol’s National Statuary Hall in Washington, D.C.

The American Heritage Center at University of Wyoming

Step into the American Heritage Center in the University of Wyoming’s cone-shaped Centennial Complex to browse an extensive archive of manuscripts, rare books and other original materials highlighting the history of the West — a collection started by Dr. Grace Raymond Hebard, who served as the university’s librarian in the early 1900s. Hebard identified important topics in the state’s history, including Native American (particularly Shoshone) life, the pioneer experience and the roots of women’s suffrage, and worked tirelessly to document, preserve and promote the history of Wyoming and the West. The American Heritage Center also houses papers authored by other pioneering women, including Nellie Tayloe Ross.

William Bright, a resident of South Pass City, introduced the women’s suffrage bill to the Wyoming Territorial Legislature that passed in 1869. As a result, suffragette Esther Hobart Morris became the town’s justice of the peace — and the first woman to hold a political office in the U.S. You can tour many of South Pass City’s 23 original buildings, including the E.A. Slack structure, where Morris’ son operated a newspaper shop and now exhibits the local and national history of suffrage.

While in the area, be sure to drive along the newly-designated Wyoming Women’s Suffrage Pathway. This stretch of road begins just a few miles from South Pass City and follows Wyoming Highway 28 for 19 miles. The mileage is a nod to the 19th Amendment to the U.S. Constitution granting women the right to vote and hold office, and the location honors the town’s role in the passage of this law in the Wyoming territory.

Sacajawea is the Shoshone woman who accompanied explorers Meriwether Lewis and William Clark on their expedition to survey what is now the western U.S. See the final resting place of the famous Native American guide and interpreter along with her memorial statue at Sacajawea Cemetery, a peaceful site flanked by beautiful mountains on the Wind River Indian Reservation.

The Cowgirls of the West Museum & Emporium

This museum interprets the roles women played in taming the rough-and-tumble American West. Find out what life was like for gals in early pioneer and ranching homesteads and meet notable cowgirls in local and national history through displays of clothing and memorabilia. Don’t miss the documentary film playing at the museum’s theater, “Oh, You Cowgirl.”

The record-breaking aviatress flew an experimental aircraft across the country in 1931 and made stops in Cheyenne, Laramie, Rock Springs and other Wyoming cities. At Buffalo Bill Center of the West’s exhibit, view candid photos of Earhart and her husband during their stay at a ranch owned by a friend near Meeteetse. The Meeteetse Museums also host an annual tour in mid-August of the Kirwin ghost town near Meeteetse, where the couple began the construction of a vacation cabin. 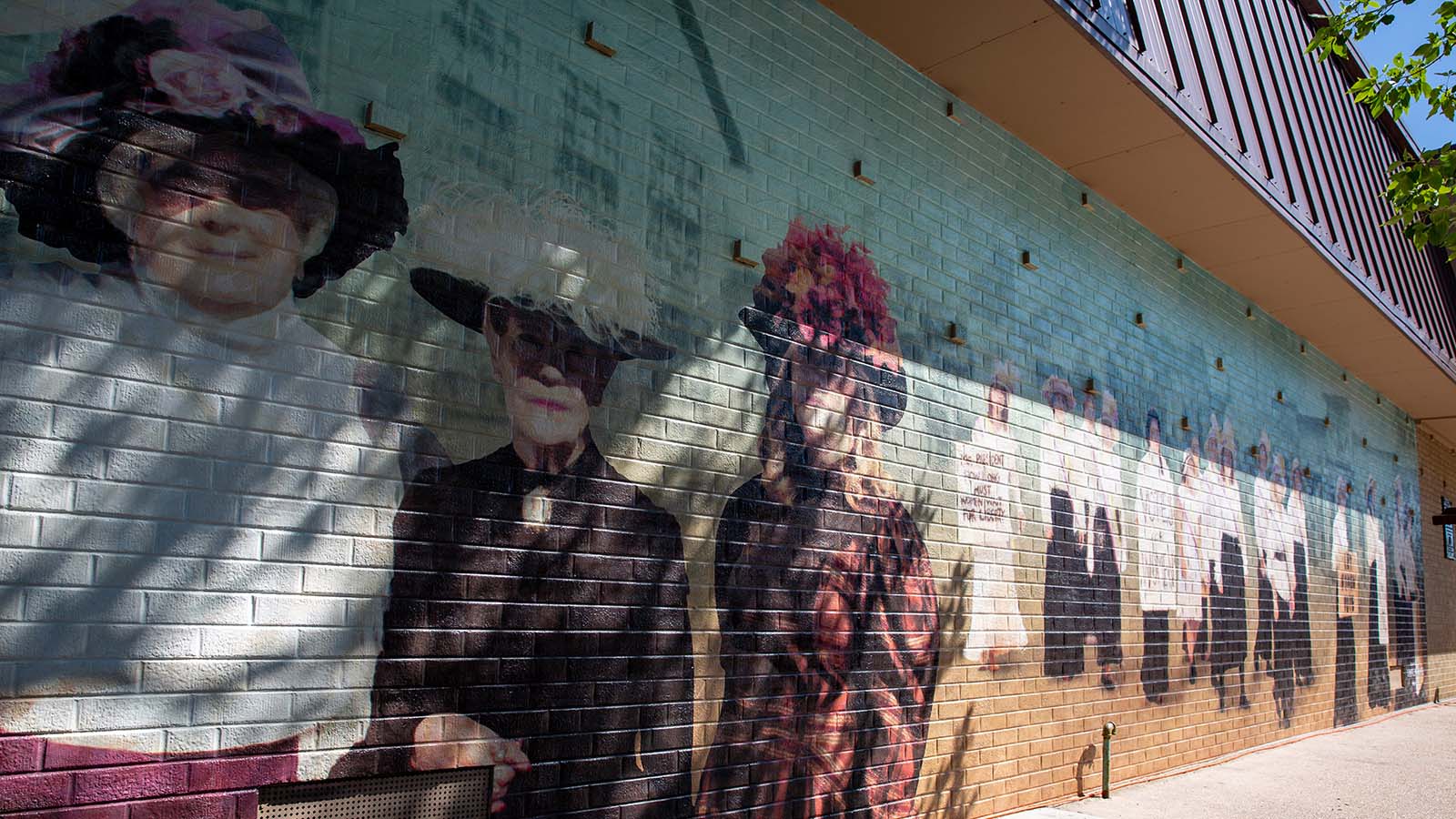