10 Strange and Wild Landmarks in Wyoming

From Yellowstone’s famed geysers to the towering Tetons, Wyoming is home to some spectacular natural wonders, many of which have left tourists—and even some scientists—scratching their heads in disbelief.

Located just outside of Cody, Heart Mountain was once part of the Absaroka Mountain Range. Whether the 8,123-foot peak had a tiff with its rocky neighbors or just wanted a change of scenery, the mountain moved about 25 miles away—all on its own. While some insist it’s the work of aliens and giants, scientists offer a different, but hardly less stunning, explanation:

Fifty million years ago, a series of volcanic eruptions in the Absaroka Range rocked the area. Water-filled ditches within the Heart Mountain became packed with lava, which heated the water and surrounding rock. With nowhere for the lava and hot water to escape, the mountain became a giant pressure cooker, eventually lifting the rock and causing the mountain to slide. While some scientists predict that the slide took place over thousands of years, others suggest that the journey lasted fewer than 30 minutes, meaning the huge mass of rock traveled at an average speed of more than 100 miles per hour.

Positioned just a few miles north of Rocks Springs in the Red Desert, Killpecker Sand Dunes are one of only seven “booming” or singing sand dunes in the world, so visitors can expect to hear distinctive roaring or whistling sounds at the landmark.

How do singing sand dunes work? Killpecker’s sand grains are rounder and more polished than the grains of non-booming dunes. Subsequently, as wind passes over the dunes or visitors walk on the grains, the smooth sand slips and slides down the sides of the hills, producing the inimitable sounds.

Boar’s Tusk, the core of an extinct and eroded volcano, protrudes out of Killpecker Sand Dunes’ otherwise flat landscape. The volcanic plug is one of two geologically formed landmarks in Wyoming; the other is Devils Tower in the northeastern corner of the state (see the next landmark on our list)

The spire that makes up Boar’s Tusk’s summit is also known as the Sentinel or Rock Point. Four-wheel-drive vehicles are recommended for exploring Boar’s Tusk and the surrounding Red Desert outside of Rock Springs.

Erosion is credited for revealing Devils Tower, a massive, once-hidden monolith that towers 1,267 feet above the Belle Fourche River near Sundance. The park surrounding the national monument, home to deer, prairie dogs and other wildlife, is blanketed with pine forests, woodlands and grasslands.

Also known as Bear Lodge, the monolith is a sacred place for many American Indian tribes in the area, including the Arapaho, Crow, Cheyenne, Kiowa, Lakota and Shoshone, and was designated as the nation’s first national monument in 1906 by President Theodore Roosevelt. Learn more about geologic landmarks in Wyoming

Sinks Canyon State Park, located just outside of Lander, is home to a disappearing river. The middle fork of the Popo Agie River (pronounced po-po-zsha) rushes out of the Wind River Mountains and flows until it suddenly curves into a large cave and descends underground, an area aptly dubbed “the Sinks.” Then, the river wondrously re-emerges about a quarter mile away in a large, calm pool called “the Rise.”

Until scientific tests using colored dye confirmed that the two are connected, no one knew that the water at the Rise was the same water that disappeared into the Sink. Tests also revealed that more water emerges at the Rise than is originally found at the Sink, which remains an unexplained phenomenon.

Star Valley’s Intermittent Spring, known as the “the spring that breathes,” is the largest of three intermittent springs in the world. From late August to May, the spring’s flow of clear, ice-cold water cycles on and off at regular intervals. The water runs up to 100 cubic feet per second for about 18 minutes, begins to gradually subside and then ceases altogether for 15 to 20 minutes.

The fluctuation in the spring’s water flow is caused by the siphoning effect of an underground cave upstream that fills with water. As the cave fills with water, pressure builds, forcing the water out through crevices in the rock and feeding the creek.

About 45 miles east of Riverton, the wind has eroded sandstone outcroppings into turrets and towers, creating the likes of a stone fortress. Castle Gardens is the canvas for hundreds of examples of American Indian rock art, known as petroglyphs. Visitors can identify turtles, warriors, shields and other designs carved and painted into the rock.

Nearly 300 acres in size, Hell’s Half Acre is a group of jagged ravines and rock formations located 40 miles west of Casper. Other names for the area include The Devil’s Kitchen and The Pits of Hades.

While American Indians that lived in the area drove buffalo off the high cliffs during their hunts, modern filmmakers used the geologic anomaly as a backdrop for a distant planet infested with alien bugs in the movie “Starship Troopers.”

Known to the Arapaho Indians as “Land of the Earthborn Spirit,” the unusual, pedestal-shaped rock formations of Vedauwoo (pronounced vee-da-voo) attract experienced climbers, campers and hikers. The recreation area, nestled 15 miles east of Laramie, features 1.4 billion-year-old Sherman Granite formations—some of the oldest rock in the Wyoming.

10. Parting of the Waters

In the Teton Wilderness area of the Bridger-Teton National Forest, visitors can stand in the waters of the Pacific and Atlantic oceans at the same time at Parting of the Waters Natural Landmark. Two Ocean Creek on the Continental Divide splits into two adjacent bodies of water called the Atlantic and Pacific creeks. After the separation, the creeks continue to flow, join larger streams and eventually make their way to the oceans. Put one of your feet in Pacific Creek and the other in the Atlantic Creek at Parting of the Waters to feel the rush of two ocean waters at once. 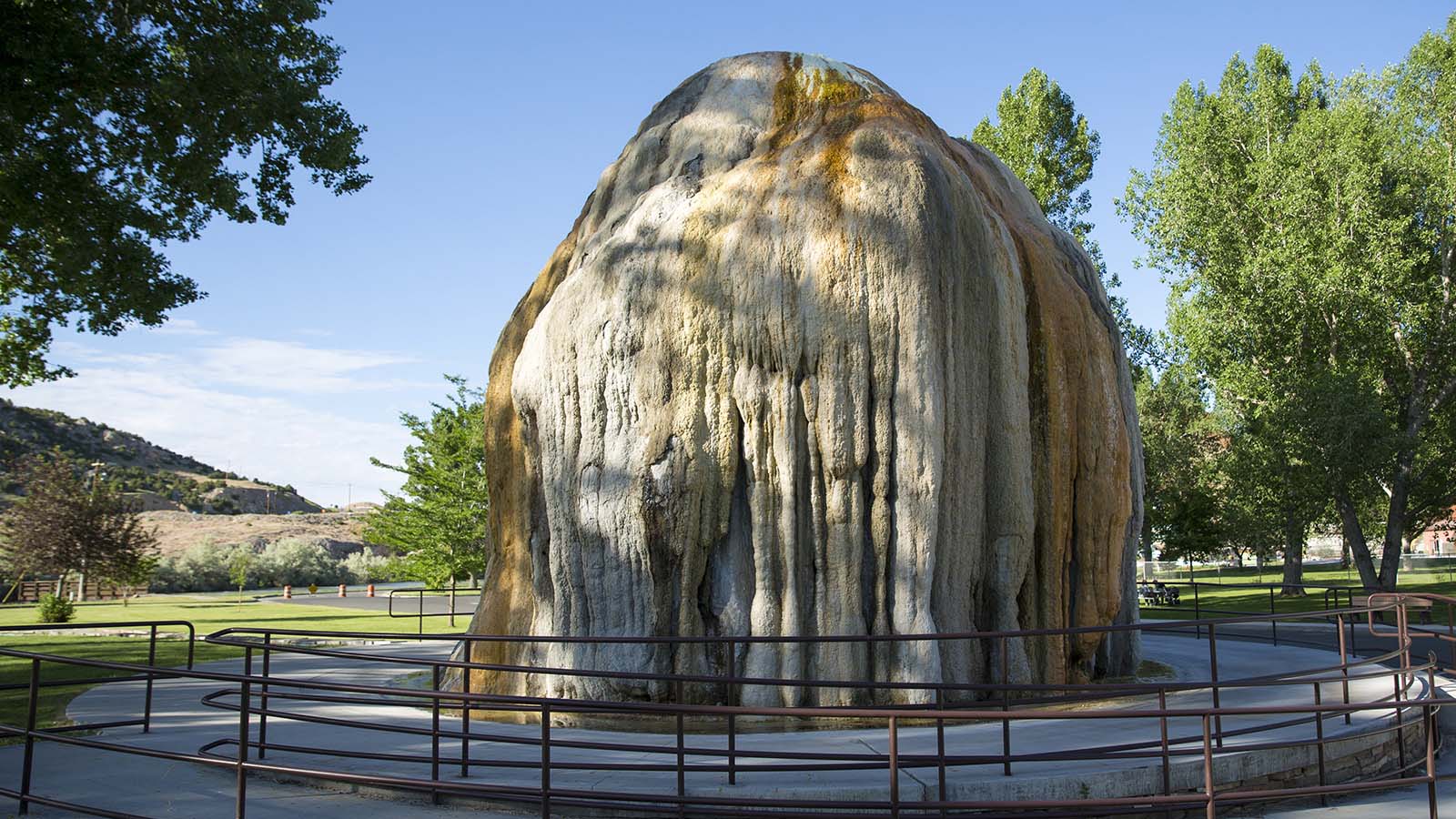