Longmire: Discover the Destinations that Inspired the Series

The author behind Longmire might have set the hit series in a fictional part of Wyoming, but the wide-open, wild west feel of Absaroka County is anything but made up in the Cowboy State. Discover where author Craig Johnson drew his inspiration and plan a trip of your own to the real location behind his made-up county.

After moving around the country, “gathering experiences” as author Craig Johnson said, settling down in Ucross, Wyoming (located between Sheridan and Buffalo), seemed to be an obvious choice. First experiencing Wyoming in his 20s, Johnson had made a trip to deliver horses to Ucross from where he was working in Montana at the time.

While waiting several days to meet the man he was delivering the horses to, Johnson fell in love with northern Wyoming, where the Bighorn Mountains catch your eye on the horizon and the thick part of the Milky Way can be seen across the entire sky.

Coming from a family of storytellers, Johnson seemed to find himself out of excuses not to write a novel. So that’s what he did. In fact, his popular Longmire series includes 16 novels featuring small-town Sheriff Walt Longmire. Additionally, the hit drama series is streaming live as a Netflix Original: Longmire seasons 1-6.

Being very emblematic of Wyoming, Johnson often draws inspiration for Longmire from local newspapers as well as traveling across the state doing research. The essence of the “Old West” portrayed on the television show is still very much a part of life in Wyoming today. Johnson said “it is essential to live in Walt’s world to draw from and make experiences.”

Speaking of Walt’s world, the novels and television series are set in the fictional Absaroka County #24 (Wyoming only has 23 counties), which is portrayed in the TV series by the town of Buffalo in Johnson County, Wyoming. Johnson has shared some of his favorite spots in the area on a several day itinerary dubbed as the “Longmire Loop.” Here are just a few suggestions.

Starting the loop in Buffalo, you’ll be sure to soak in some history, enjoy some of the local cookin’ and do a bit of shopping. Don’t miss the stop at the Bucking Buffalo Supply Company, owned by Johnson’s wife, and pick up a signed copy of your favorite Walt Longmire novel.

If you’re planning to make the loop in July, stay a few days and celebrate! Longmire Days, a 3-day festival, is hosted every July* to honor Johnson and the Longmire series. Meet the actors for an autograph session, take part in a book writing seminar or enjoy the commentary, performed by Johnson and the actors, at the charity softball game.

Want more Wyoming travel recommendations to help you experience the true Walt Longmire lifestyle? Additional ideas from Craig Johnson’s Longmire Loop can be found in this article. You can discover even more of Wyoming’s famed locations along the Cowboy State Pop Culture Itinerary. 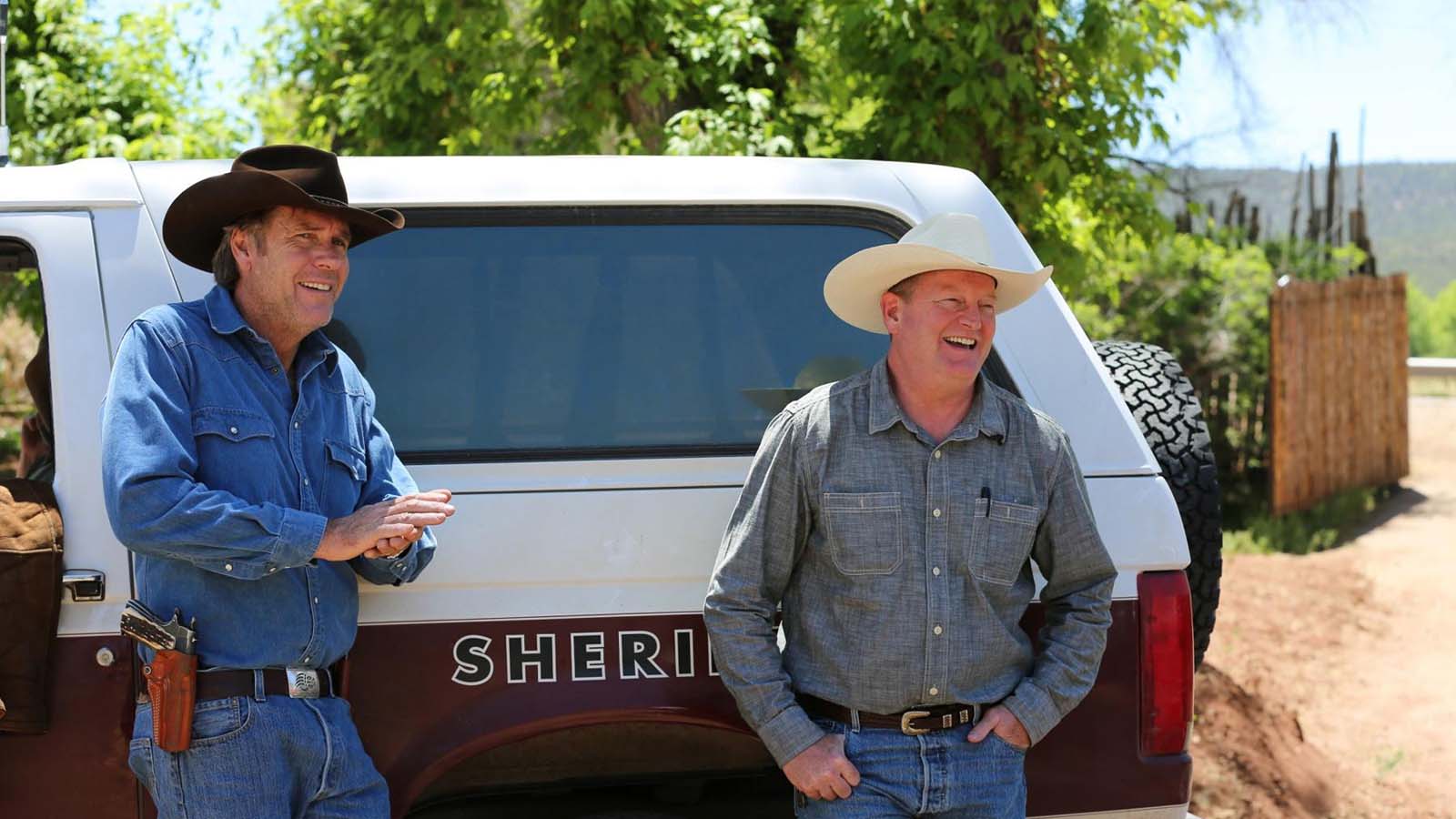