Every setting has a sound – a unique energy that vibrates through the streets and whistles in the trees. So what’s the song of the Grand Tetons? What tunes do Wyoming’s rivers and historic western towns inspire? The band members of Screen Door Porch seem to have it figured out.

The local group has become a well-known act, touring the country with their Americana, roots-rock, country-blues sound. Their music is reminiscent of a laid-back, bourbon-laced evening on a porch tucked somewhere in the mountains. (It’s no question the band’s moniker was a fitting choice.) Their gritty sound is unique, but not so niche that influential ears haven’t taken notice. In fact, the group’s first two albums were both included on eight international “Best Albums of the Year” lists. With notable recognition and a growing fan base, you’d expect the Wyoming band to be packing up for a move to the major music cities, right? Wrong.

A number of local bands have emerged in recent years – all with unique takes on the sound of the state. And in an effort to further fuel the local scene, Screen Door Porch has been rounding up their cohorts each year to play in the WYOmericana Caravan Tour, which they began in 2012. Described by The New York Times as a “traveling concert circus of sorts,” the tour aims to expose and inspire the west’s songwriters and musicians. Every year, it rallies three bands to caravan around the west, performing individual sets and jam-style collaborations. As a tribute to the scenery that inspires their sounds, the tour partners with several Wyoming-based brands and non-profits, including the Wyoming Nature Conservancy.

Ready to hear the sounds of Wyoming for yourself? According to Rose, all you have to do is visit. “There’s a definite energy to this place… you only have to be here for a little while to feel it,” she says. And that unique energy is the “WY” that keeps the members of Screen Door Porch from straying too far.

Now we want to know: What’s your WY? Share your story with the hashtag #ThatsWY. 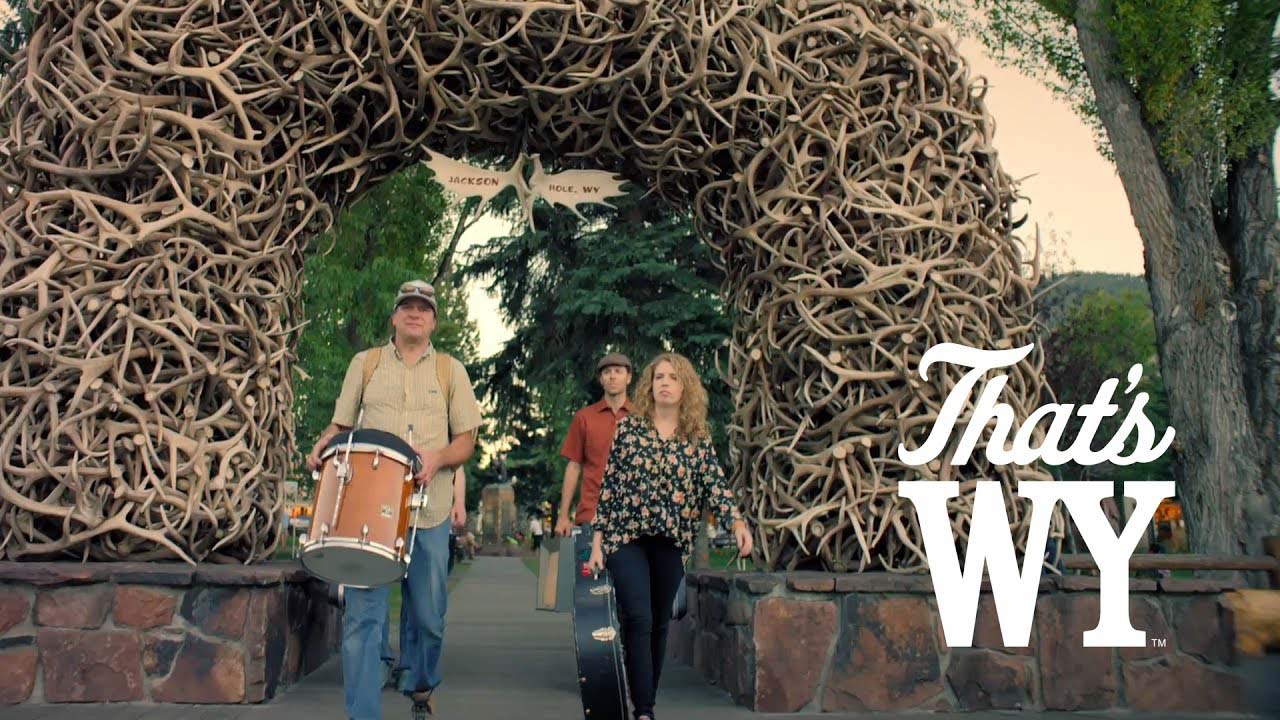