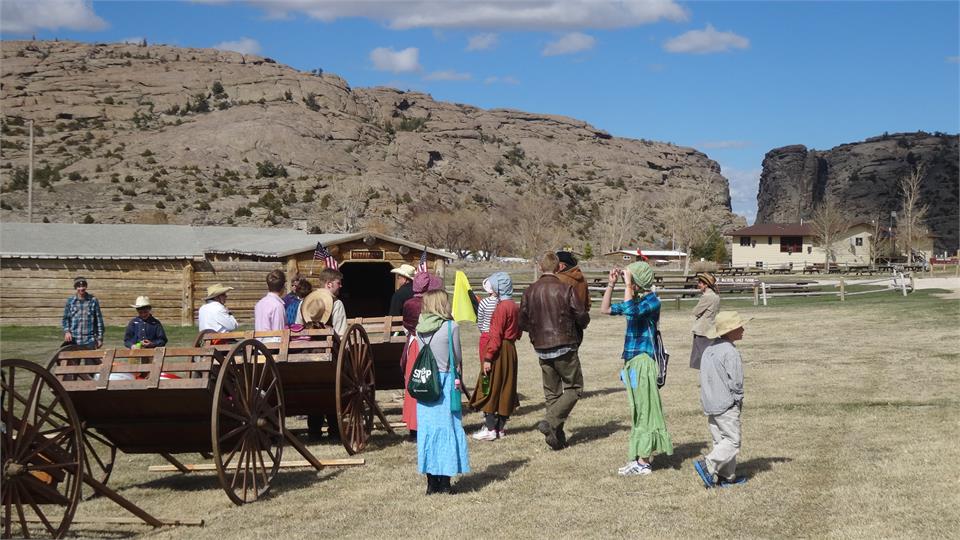 The Mormon Handcart Historic Sites in Wyoming, which encompass Martin's Cove, Sixth Crossing, and Rock Creek Hollow, honor the faith, obedience, sacrifice, and charity of Latter-day Saint emigrants who journeyed by handcart between 1856 and 1860. More specifically, these sites acknowledge the extreme sacrifices and hardships of the pioneers who were caught by early snows in 1856, as well as the heroic efforts of their rescuers.

We are also the location of Devil's Gate. Devil's Gate marks one of the places where all roads joined into one. Here the California, Oregon, Mormon, and Pony Express Trails converged, creating a single trail corridor where all transcontinental travelers had to pass.

We are also located on the Homestead of the Tom Sun Ranch. The Ranch was designated a National Historic Landmark in 1960. It is one of only a handful of ranches in America to be given the nation's highest recognition for historic properties. At the time it received this designation, it was regarded as one of the best preserved examples of a ranch from the range cattle period of the late 19th century. The boundaries of the National Historic Landmark encompass 4,160 acres, including land owned by the Bureau of Land Management, the State of Wyoming, and the Church of Jesus Christ of Latter-day Saints. The Church continues to operate it as a working ranch while maintaining visitor facilities in the historic home, yard, and ranch buildings.