Continuing a Legacy of Cowboy Craftsmanship

A quality saddle tells a story. The sturdy, contoured seat mirrors the steadfast traditions of the craftsman. The stretched leather, a symbol of the old soul who carries on this age-old art. The intricate carvings so carefully positioned along the fender, the jockey, and the skirt, offer a glimpse at the softer side of the strong, weathered hands who placed them. You could write novels about the saddles crafted by the King family, owners of King’s Saddlery and Museum in Sheridan, Wyoming. “The craftsmanship is what keeps you on top. Not that we’re on the absolute top. But we think we’re okay,” says second-generation owner Bruce King, with great modesty.

The King family saddlery legacy began with Don King in 1946. Don coined the Sheridan flower style of leather carving, a detailed and intricate art that helped put King’s Saddlery on the map. Today, the Sheridan style has influenced leather workers all over the world. In the late ‘60s, ropes were added to the Kings’ repertoire, and the family became world-renowned for those, too. “It’s not a very complicated process but it’s kind of an artistic process,” says Ryan King, a third-generation saddler.

Ryan ventured back to the saddlery after dabbling in other careers across the country. “Something about the mountains just call you,” he says of his decision to return to Wyoming and join the family business. But as anyone who’s ever worked with family will tell you, it’s not always easy. “Family is very unforgiving and very forgiving at the same time,” he smiles, adding, “No matter what you’ve done, they’ll always be there for you. Someone to push you in life.” And with that push comes a lifetime of lessons. “As far as the business side of things, they’ve always taught me to work hard – a ‘sign your work with excellence’ type of deal that goes so far into everything that I do… whether it be leatherwork, ropes or pottery.”

Ryan, like his grandfather, is drawn to the idea of doing something different with his craft. Just as Grandpa Don made his mark with Sheridan carving, Ryan has started working with pottery and tapping into his leather tooling skills to create a new generation of one-of-a-kind artworks. He credits Wyoming’s landscape for his inspiration. “Wyoming allows you to do whatever you want to do… There’s a lot of inspiration around here. Everywhere you look. Wide open spaces, gorgeous mountains, tons of wildlife. It’s awe-inspiring. You don’t find that kind of stuff in the city. It allows you to get back to nature and get in with the raw elements.”

Want to see the art in action? Visit the saddlery and head down to the basement to see the rope twisting and leather working up close. Don’t forget to stop by the museum for a look at the western works that made the King family famous and share your adventure with the hashtag #ThatsWY 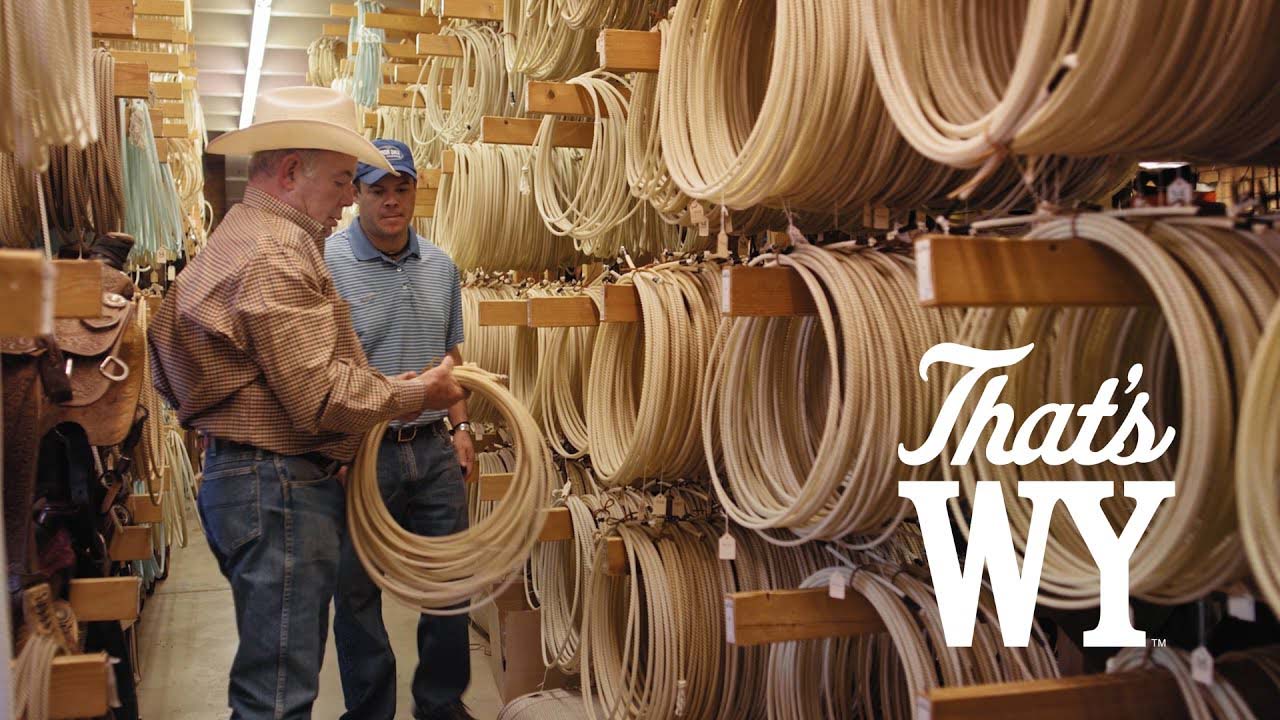