Joe Riis is a migratory species. He travels the world as a wildlife photographer, trained biologist and — above all — core conservationist. National Geographic once sent him to Mongolia to photograph the world’s rarest bear. He got the shot.

For the past seven years, Joe’s world has been Western Wyoming, where he’s attempting to put together a complete picture of the Greater Yellowstone Migrations.

“I’d heard of these long-distance migrations in Western Wyoming,” Joe says, “but hadn’t seen any pictures of video of them, so I knew they hadn’t been documented before. I decided that would be my goal.”

Vast herds of pronghorns, elk and deer migrate each spring from the highlands of Yellowstone to the foothills and ranch lands of Eastern Yellowstone to fatten up on the plentiful summer grasses. Pronghorns and deer in the Grand Tetons go even farther, making a 150-mile journey to Wyoming’s Red Desert.

Along the way they brave snowpack, 12,000-foot mountain passes and deadly river crossings. And they don’t travel alone. Shadowing their journey are the most ferocious predators in the West: wolves, grizzlies and mountain lions. And Joe captures it all.

“I like the idea of showing the world through a wild animal’s perspective,” he says. “That’s why I’ve spent most of my past seven years following these migrations around. Photographing them, filming them, living with them, really. Trying to understand.”

Migratory journeys of this magnitude are on the decline throughout much of the world. But in Wyoming they’re healthy and thriving, protected by groups from ranchers to hunters to environmentalists. Including Joe.

His dedication to preserving the wildness of the environment and its inhabitants extends to not putting himself in the picture. Instead, he captures his stunningly intimate images with a camouflaged, motion-triggered camera. He also uses remote video cameras, from which he can capture stills and audio, giving his images an added dimension.

As he once told a reporter, “I’m very interested in not being seen by the animals, and not having an impact on the migration.”

What Joe is interested in is what happens in the pristine Wyoming wilderness when people aren’t around.

“This place is wild. There’s vast open spaces that are untouched here in western Wyoming. And that’s why there are wild animals here. It’s their home,” he says. “The pictures I’m making are for myself. They’re to help me understand these migrations. But, more importantly, how I want to live.”

Why is Joe Riis in Wyoming? To understand life through an animal’s perspective. To live the rhythm of migratory departure and return. Because there are more pronghorns than people here. That’s why. 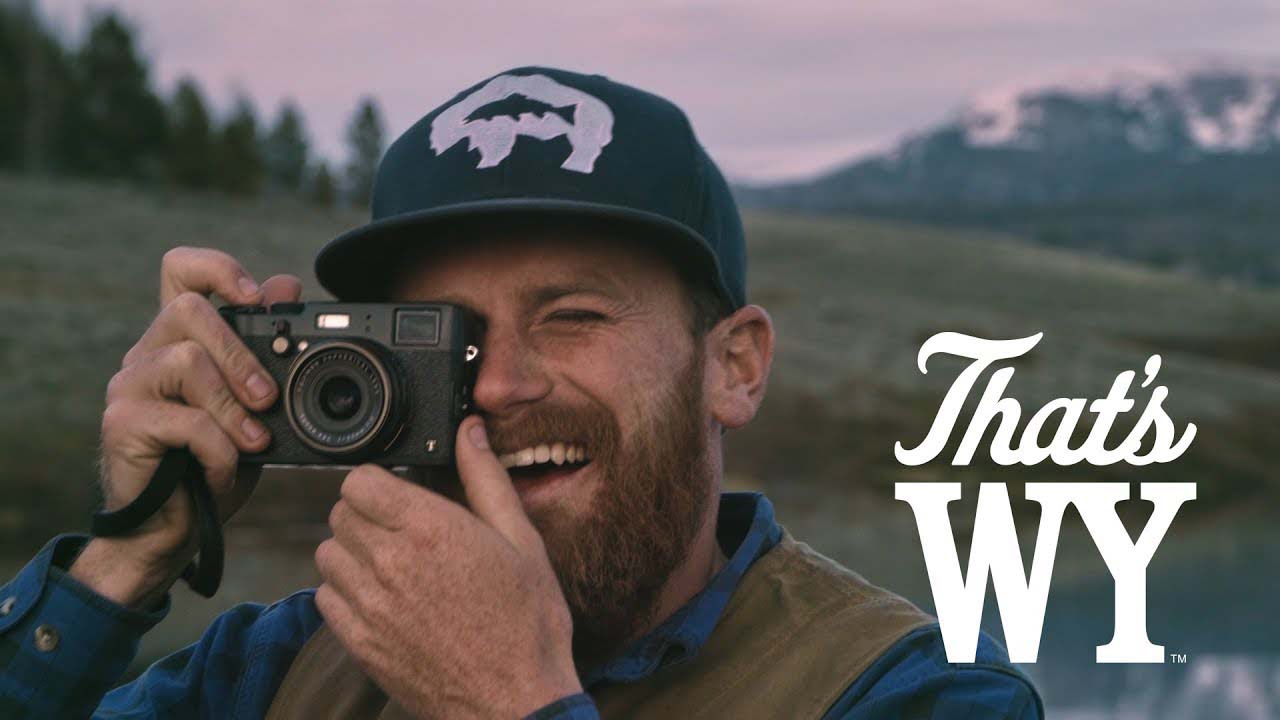