Close Encounters with a Spiritual Landmark

Whether you believe in extraterrestrials or you’re certain Area 51 is nothing more than an Air Force facility, there’s no denying that Steven Spielberg’s Close Encounters of the Third Kind is a cult classic worthy of note. But in a cinematic world filled with special effects and manmade facades, the thing that made this film stand out was a landmark crafted by none other than Mother Nature.

“I’ve been fortunate to work on a lot of films and scout a lot of places in the world. I don’t think there’s any singular place like Devils Tower,” says Joe Alves, Production Designer and Location Scout for Close Encounters and a handful of other Steven Spielberg films. Spielberg, who both wrote and directed Close Encounters, sent Joe out to find “an unusual piece of topography” for the film. He visited several unique landmarks, as far away as India, but Devils Tower stood out among them all.

“Nothing that I had seen, whether you go to Zion or Bryce… nothing comes close to seeing this thing. This incredible shape.” He explains. Spielberg shared Joe’s enthusiasm. “When he got here he was so taken by the possibilities of what this would do to his film,” Joe recalls.

It wasn’t until later in the process that Joe became aware of the spiritual significance Devils Tower has in the American Indian community.

“We just liked the shape of it and then we find out it has this incredible spiritual value,” he reflects, and reveals that the spiritual pull of the place extends beyond the Native American stories. There’s something about this imposing rock that is powerful throughout the ages. “It’s so perfect because of the theme of the film, that there really may be some spiritual sense in the mountain, which just adds to the credibility of what the whole film is about. That if aliens were to come, why wouldn’t they choose a place like this?” He ponders. “It heightened the creative and spiritual sense of the film which led us to make it a much bigger film.”

Today, the otherworldly pull and Hollywood fame of Devils Tower has made it a cultural phenomenon. With the funds from the film’s creation, the owners of the land were able to open a campground and restaurant to host fans of the landscape and the movie. Campers are welcome to hike and climb the tower twenty-four hours a day, and at night they’re treated to a showing of Close Encounters on a screen at the base of the landmark. Visitors leave with a new appreciation for the unique rock formation and a deepened curiosity about our place in space.

“When you’re here and you look at the vastness of the universe – to imagine that we’re the only ones that live in this universe seems a little absurd,” Joe says. “I mean, I’ve been to great cities. Rome and Lisbon. And that’s a different kind of spiritual experience. But the solitude of this – this incredible rock – I don’t think you could just get it from looking at pictures. You have to come here.”

Eager to have your own close encounter with Devils Tower? Start planning your adventure today 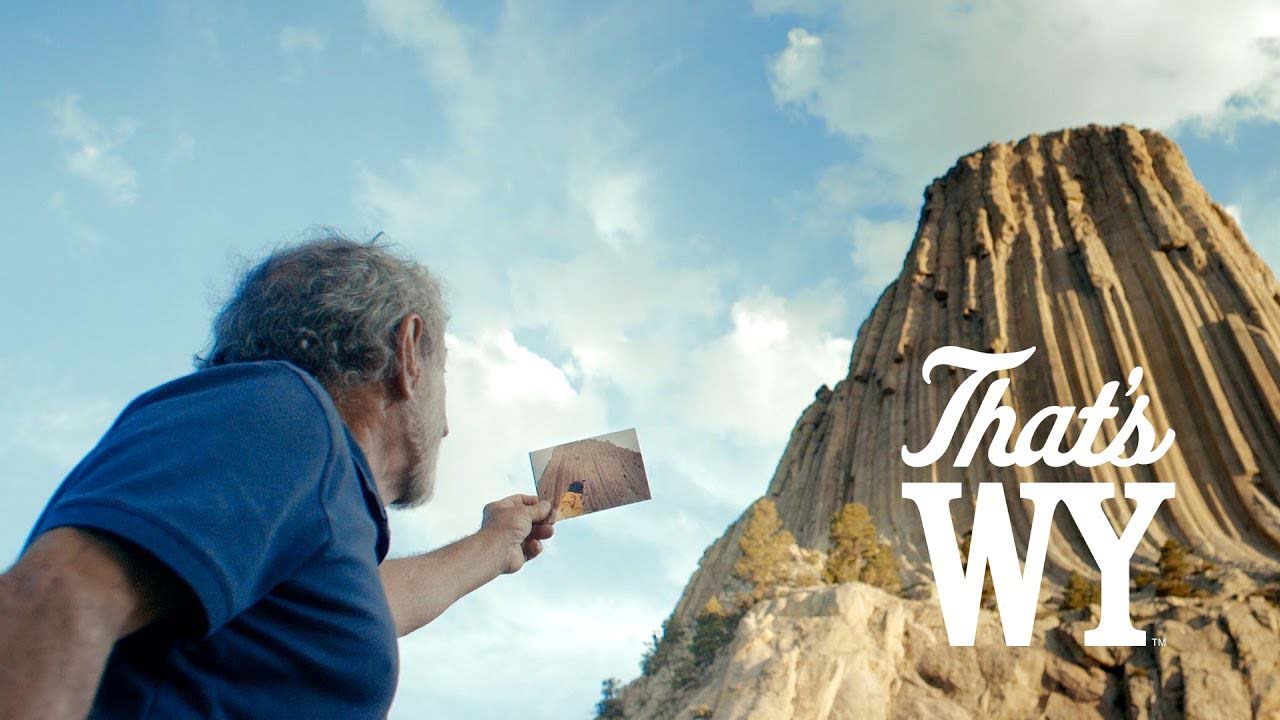