More than 400 bird species make their home in Wyoming, including the graceful trumpeter swan, the lightening-fast calliope hummingbird and the vocally talented song sparrow. The variety of the state’s feathery occupants reflect the diversity of the landscapes they inhabit, from the alpine and aspen forests of Grand Teton National Park to the shimmering dunes of the Red Desert.

So grab your binoculars and a pair of comfortable (and quiet) walking shoes, and prepare to spot some of our our flighty friends at one of these tried-and-true birding destinations.

With more than 2,200,000 acres to explore, birding spots in Yellowstone are innumerable. More than 280 bird species have been documented in Yellowstone since 1872, and about 150 species are still known to nest in the national park.

Yellowstone Lake is a great place to see osprey, bald eagles and trumpeter swans, while lucky spectators can catch mountain bluebirds and black-billed magpies at Mammoth Hot Springs. Songbirds, who sing to establish and defend their territories, can be heard all over the park.

Located between Rock Springs and Rawlins, Wyoming’s Red Desert is a rare combination of vibrant badlands, shifting sand dunes and sprawling canyons. More than 350 species of wildlife and plant species have learned to thrive in the desert, including the world’s largest herd of elk and many bird species.

While sand dunes may seem inhospitable, they actually help store moisture from snowmelt, and their temporary ponds provide habitats for swans, ducks and plovers. Other not-to-miss sights in the area include jagged Boar’s Tusk and Killpecker Sand Dunes.

Located on the southern Laramie Plains and framed by the mountains of southwest Wyoming, the refuge includes 1,968 acres of grassland uplands and marshlands and five natural lakes. Waterfowl populate the area during spring migrations, while raptors use the refuge year-round.

The 27,230-acre refuge, located along the Green River in the state’s southwest region, protects a tapestry of riparian, wetland and upland-shrub habitats for more than 222 species of birds, mammals, amphibians, reptiles and fish. Greater sage grouse mate and nest near the refuge and can be seen from late spring to late fall on the refuge, which also has a flourishing trumpeter swan population.

The Green River and its surrounding landscape supports many migratory bird species seeking insects and green foliage, including night hawks, waterfowl, shorebirds, hummingbirds and a variety of songbirds.

Sixty species of mammals and more than 300 bird species reside in the national park and the Jackson Hole area in northwest Wyoming. Birds use the area’s wide range of habitats, including alpine meadows, sagebrush flats and mountain streams to meet their water, food and shelter needs.

Note: Many of Wyoming’s avian species are migratory birds, which means they only spend a few months out of the year in the state and often endure long journeys to and from their wintering grounds. Help maintain their health and safety by admiring them from distance (at least 25 feet away) and respecting their nesting grounds. 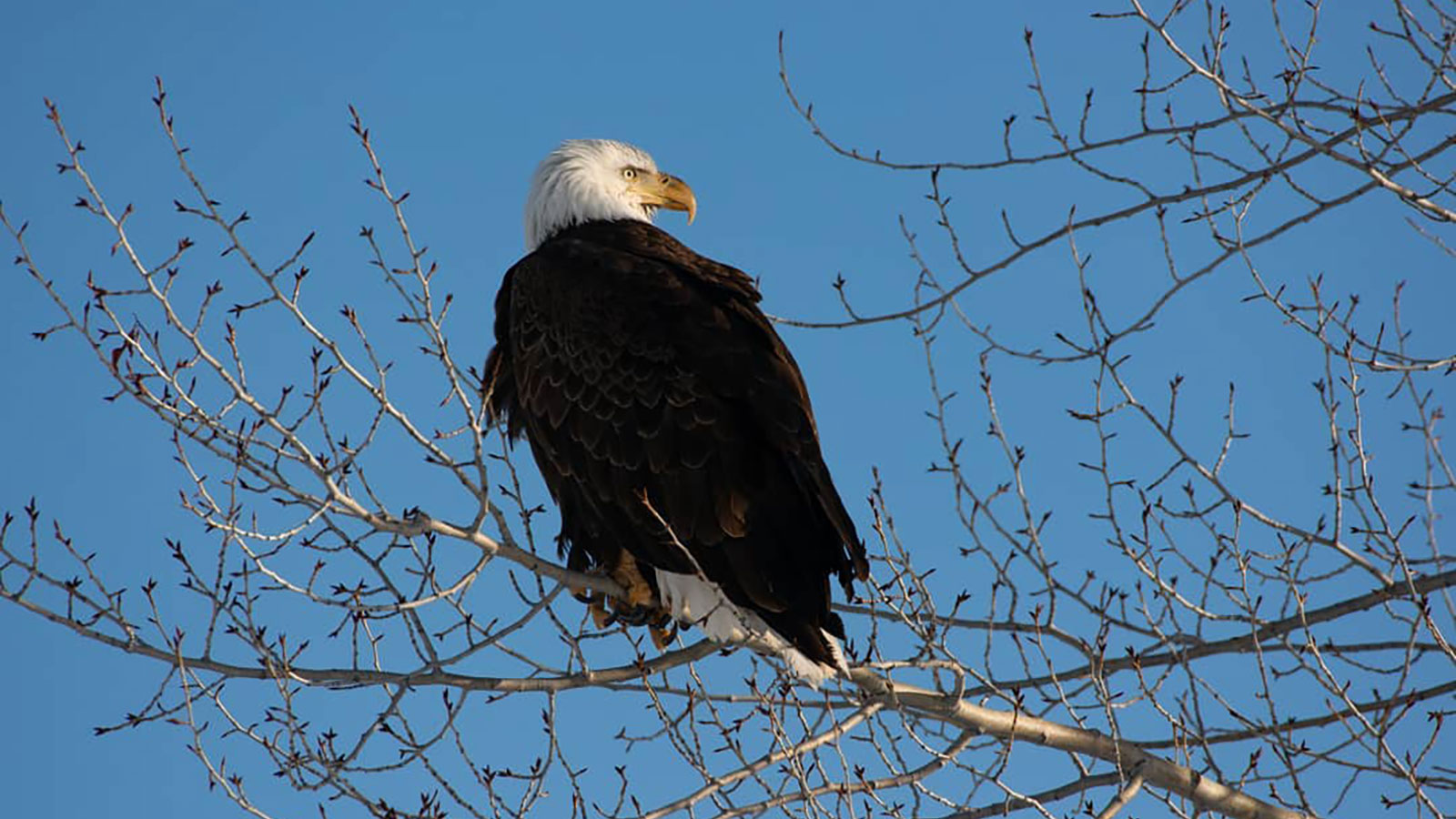