Wyoming’s craft brewing, distilling and winery scene is as diverse as its landscape. And it’s booming: numerous new outfits have opened in the past decade, and these days you could virtually plan your entire trip to the Cowboy State based on stops at its tasting rooms alone. Here are a few of our favorites to whet your appetite and quench your thirst.

Start your journey small — as in, population-of-300 small in the quaint north-central ranching town of Ten Sleep. Ten Sleep Brewing Co.’s origin story dates to 2013, when retired developer Cole Smith built a brewery in a barn. Saddle up to the bar at Ten Sleep’s taproom, where beers made onsite come with names evocative of the surrounding landscape: Outlaw Amber, Red Cliff Red, Pack Saddle Porter and more.

Downtown Laramie’s Coal Creek TAP brews beer with a kick. Founder John Guerin is a wholesale coffee roaster and owner of Coal Creek Coffee Co. next door to the taproom, who, along with his team, brews European-style beers such as the Heavy 80 Scotch Ale and Bath Farmhouse Belgian Amber.

Snake River Brewery, the state’s oldest, offers a total entertainment package for a night out in Jackson. Its in-house restaurant and brewpub both offer handmade comfort food like delicious wings and burgers, family-friendly events and games, and a selection of more than 12 beers.

Freedom’s Edge Brewing Co., founded in 2012, is in downtown Cheyenne, just steps from many of the capital city’s attractions. Try the High Noon Chili Ale, Columbus Pale Ale, and for lovers of bolder beer, the Blood Orange Imperial IPA.

WYOld West Brewing Company is a neighborhood brewpub and sports bar in Powell, where you can rub shoulders with locals, order a pint made by master craftsmen, watch the game and unwind after a day of adventure in the wilds of northwest Wyoming.

Headstrong Brewery began in 2015, as many microbreweries do: with a homebrew kit and a dream. It’s flourished in the short time since and is well worth stopping off I-25 in Douglas for a pint of perfection. Notable taproom varieties include the Intractable Scottish Ale and the malty, smooth Mulish Amber Ale.

Stop by Lander Brewing Company to taste hops with history. Its origins date to the late 1800s, and, since ceasing production during Prohibition, has reopened and undergone a makeover complete with new fermenting equipment. Try one of Lander’s favorite brews such as Rock Chuck Rye or Jack Mormon Pale, or check out the ever-changing roster of seasonals on tap.

Located in the historic Gillette Post Office building, Gillette Brewing Co. has pool tables, shuffle board and live music — making it the perfect hangout for any season. Pair their Avenue Amber or Locomotive Brown with a hand-tossed pie from the taproom’s Gone Postal Pizzeria.

Black Tooth Brewing Co. invites visitors to “Drink the West” at its Sheridan taproom, located near the heart of the Bighorn Mountains. Black Tooth was founded in 2010 and has thrived since, opening a multi-million-dollar production facility in 2015 that testifies to the popularity of beers such as its Wagon Box Wheat, Hot Streak IPA and Bomber Mountain Amber.

Is out to create the state’s first premium bourbon using locally grown ingredients, a passion for flavor and the patience that is required for distilling the perfect batch. Exhibit A: the distillery’s Small Batch Bourbon Whiskey, the light and smooth award-winning flagship label. Have a sip of it, along with Wyoming Whiskey’s other products, after your guided tour of the company’s distillery in Kirby.

According to its website, Backwards Distilling Company was “born of an appreciation for fine spirits and a propensity for the unusual.” True to those words, Backwards adds a dash of the exotic to its small batches of vodka, rum and gin. Taste light citrus flavors in its Contortionist Gin, or the Sword Swallower Rum, made with organic cane juice and finished in tequila barrels. To see how these and other Backwards liquors are made, sign up for a guided tour of the distillery in Mills, just outside of Casper.

Another Wyoming distillery worth checking out is Koltiska Distillery in Sheridan, where visitors can ride to the facility via horse-drawn carriage for behind-the-scenes tours (operating seasonally, May–August).

When you visit Jackson, make Jackson Hole Still Works a stop on your itinerary. There, you’ll find small batch spirits they make, which include Highwater Vodka and Great Grey Gin.

Buffalo Jump Winery invites visitors to sip and paint at its combination winery, tasting room and art studio in Cody. Buffalo Jump carries a wide selection of reds (such as Syrah and Cabernet Sauvignon) and whites (Chardonnay, Riesling and more), which make great accompaniments to their artistled Sip & Paint classes.

Taste Wyoming-style wine on the state’s eastern plains at Table Mountain Vineyards, a winery that produces wines using all-local ingredients. Visit the operation in rural Huntley, open by appointment, for a sip of semi-sweet raspberry wine, honey wine, whites and reds. And after your visit, be sure to pick up a bottle to take home as well.

Jackson Hole Winery’s creations are produced and cellared at 6,229 feet on Spring Creek at the base of the glorious Tetons. The cool mountain air preserves their wines, including the Rendezvous Red, Russian River Valley Chardonnay and Catch & Release American Red, through a slow fermentation and aging process. Call to make an appointment for tastings at the Jackson headquarters.

Have a need for mead? Big Lost Meadery has you covered. The fermented honey drink’s origins date back thousands of years and is served up at Wyoming’s first meadery in downtown Gillette. It’s a rare chance to taste the drink that, according to mead lore, was the beverage of choice for battle-bound Vikings. 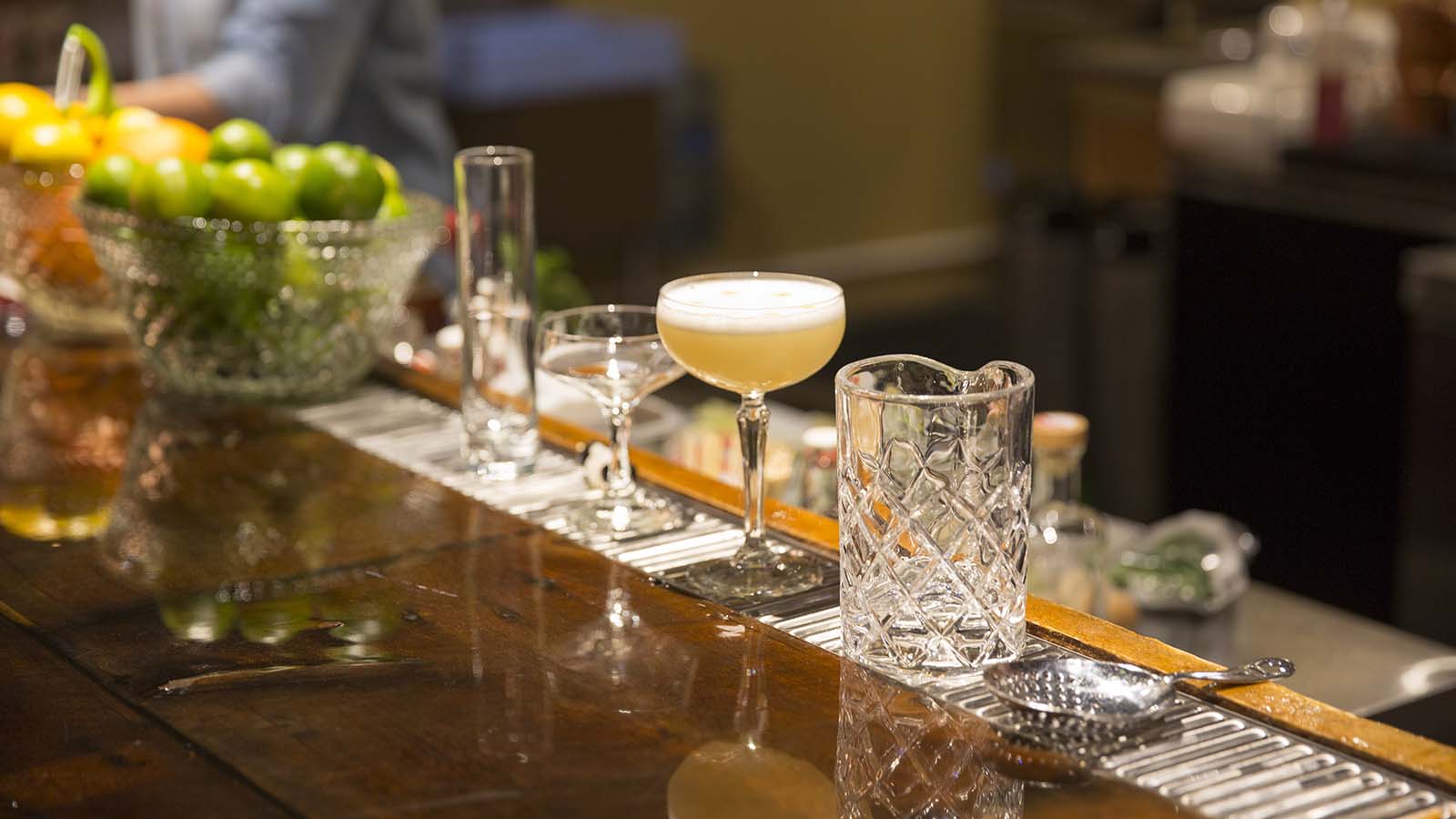