What you need to know about Yellowstone and its supervolcano

In Wyoming, it’s tough to ignore the forces of nature that have shaped the beautiful open spaces that residents enjoy and visitors travel here to experience. This is especially true in Yellowstone National Park, where active geologic processes take center stage in the form of geysers, hot springs, and other hydrothermal features. The fact that the same processes responsible for creating Yellowstone’s stunning scenery are still at work today, means that this is a dynamic, ever-changing landscape.

This reality is not lost on visitors to Wyoming, and many often ask about the geologic hazards associated with Yellowstone, including the potential for a volcanic eruption. Understanding the true hazards of Yellowstone requires understanding its geologic setting and history. To do so is to gain an even greater appreciation for this unmatched landscape.

Yellowstone is one of the world’s largest active volcanic systems. Its history began 16.5 million years ago when present-day southeast Oregon sat over a hotspot—a massive plume of hot material upwelling from deep in the earth’s mantle. Around this time, the first in a series of catastrophic volcanic eruptions occurred that would progress northeast as the North American Plate drifted southwest at about 2 inches per year over the stationary hotspot. As the plate moved over the hotspot, it left in its wake the low-lying terrain of southern Idaho’s Snake River Plain. Today, Yellowstone is centered over the hotspot, and its rocks record evidence of the three most recent eruptions in this progression.

These events are Yellowstone’s “supervolcano” eruptions that have been made famous in popular culture. Scientists prefer the term “caldera system” when talking about Yellowstone because “supervolcano” is overly simplistic, and the largest eruptions tell only a fraction of the geologic story. These three eruptions were truly catastrophic events that released enormous quantities of pyroclastic debris and blanketed much of western North America with ash. Each of these eruptions resulted in large calderas—basins formed when magma is released from a subsurface reservoir and the ground collapses inward—that geologists use as evidence to piece together the region’s volcanic history.

From dating ash deposits and other rocks, we know that Yellowstone’s three caldera-forming eruptions occurred at 2.1 million, 1.3 million, and 631,000 years ago. The first eruption was the largest, releasing 588 cubic miles of volcanic debris. The most recent eruption formed the 30- by 45-mile-wide Yellowstone Caldera, parts of which can be seen in the park today. Importantly, each of these caldera-forming eruptions was preceded and followed by a period of smaller eruptions that mostly occurred in the form of slow-moving lava flows (some of which were similar to the lava flows in the Hawaiian Islands today). For example, there have been around 80 relatively nonexplosive eruptions—most recently around 70,000 years ago—since the last caldera-forming eruption.

The science behind Yellowstone’s hydrothermal features

Today, geologists are able to image the magma chamber beneath Yellowstone in a similar way to how a CT scan images the human body. Instead of using X-rays though, they use seismic waves from earthquakes and small, intentional dynamite explosions. These 3D images show that the top of the magma chamber is only a few miles beneath the surface and that only 10–30 percent is actually molten; the rest is partially solidified, but still very hot, rock.

This shallow source of heat is what creates Yellowstone’s world-famous hydrothermal features. The magma chamber warms deep and dense brine (salt water), which in turn transfers its heat to circulating groundwater that is recharged from rain and snowmelt near the surface. Because of the pressure of the overlying rock, this groundwater can become superheated, exceeding the boiling temperature of water at Earth’s surface. As the superheated water rises through fractures and the pressure decreases, it can flash to steam, rapidly expanding and propelling the water above it to the surface as a geyser. More commonly, the superheated water cools at a steady rate and eventually emerges at the surface as a hot spring.

Why you shouldn’t worry about another supervolcano in Yellowstone

Many visitors are interested in the highly unlikely hazard posed by another catastrophic caldera-forming eruption. To understand why a catastrophic eruption is unlikely over the timescales that matter to humans, it’s helpful to again consider the full spectrum of volcanic activity in Yellowstone.

The vast majority of volcanism in Yellowstone has been in the form of smaller eruptions, typically quiet lava flows, which occurred over the hundreds of thousands of years between the large caldera-forming eruptions and formed the rock units that cover a sizeable portion of the park. Given this perspective, it is far more likely that if Yellowstone were to experience renewed volcanic activity, it would be in the form of a lava flow, possibly with minor ash fall, rather than a caldera-forming eruption. And while a lava flow would certainly be impactful, its effects would not be felt much beyond the park—a far cry from the worldwide catastrophe that popular culture sometimes associates with a Yellowstone eruption.

Aside from the largest eruptions being extremely rare and making up a small fraction of the total volcanic activity that has occurred in Yellowstone, here are a few other reasons why another catastrophic caldera-forming eruption is unlikely in the next few thousand years.

Scientists are not convinced that there will ever be another caldera-forming eruption at Yellowstone. This is partly due to there being relatively little fluid magma in the subsurface reservoir, perhaps not enough to sustain a large eruption.

Yellowstone is intensely monitored for volcanic activity with equipment such as GPS, temperature sensors, and seismometers. The monitoring data do not suggest a large eruption in the foreseeable future. Precursor indicators for a large eruption would include intense earthquake swarms, ground fracturing, significant surface uplift, and an increase in gas releases of changing chemical composition—all of which would be recorded at levels much greater than we see today.

To be sure, there are plenty of earthquakes, episodes of uplift and subsidence, and gas venting that occur today and will continue in the future. However, activity of this type is considered to be typical for caldera systems across the globe, and this ongoing “breathing” of Yellowstone does not indicate an impending eruption.

Finally, although often suggested, Yellowstone is not “overdue” for a caldera-forming eruption. Volcanic eruptions tend to cluster in time and don’t have regular recurrence intervals, since the factors that cause them, a buildup of magma and pressure in the subsurface, don’t occur at constant rates. And even if these systems did have regular recurrences, calculating an average interval from just three events is not statistically meaningful.

Taken together, the odds of another Yellowstone caldera-forming eruption are incalculably low and below the threshold of interest for hazard analysis. Indeed, the geology and hazards of Yellowstone are more complex—and much more interesting—than just a rare catastrophic eruption.

The inspiring scenery and unique hydrothermal features of Yellowstone are the manifestations of one of the world’s largest volcanic systems. This system is ever-evolving as the geologic processes of the last 16.5 million years continue to reshape the landscape today.

Simply put, the geologic evidence indicates that another caldera-forming eruption is exceedingly unlikely over the timescales that humans care about. The average visitor to Yellowstone needs only to follow the park’s rules and regulations and use common sense to have a safe and enjoyable trip. With an awareness of Yellowstone’s fascinating geologic history and a measured perspective on its true geologic hazards, we hope you gain an even greater sense of wonder and appreciation for this celebrated landscape. 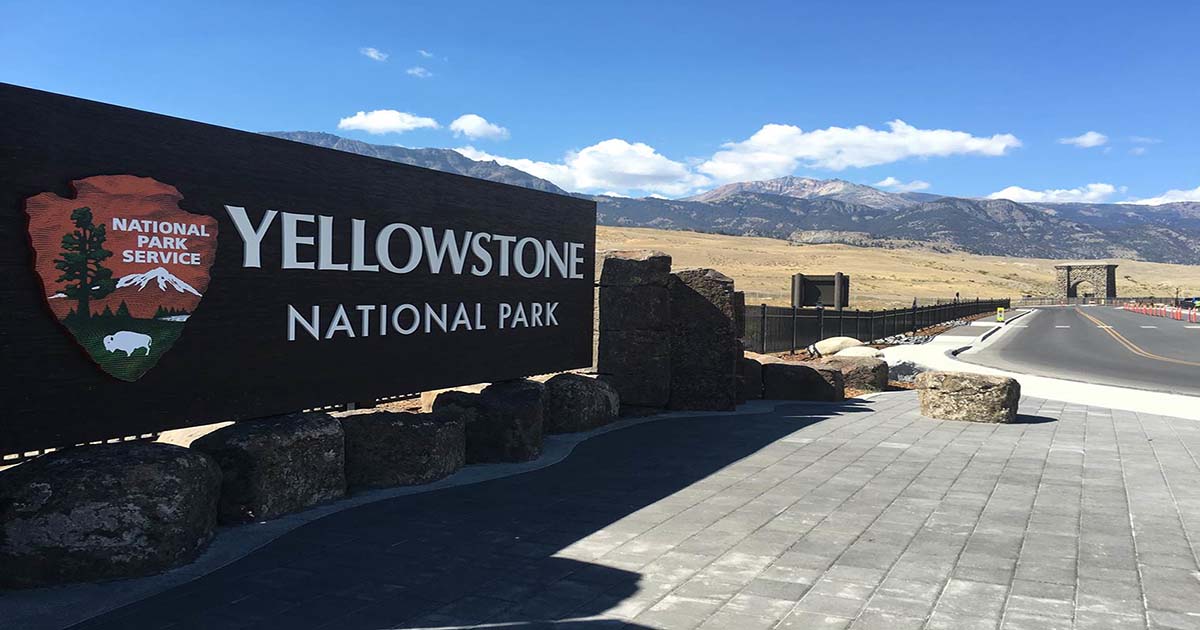 About Wyoming State Geological Survey Since 1933, the Wyoming State Geological Survey has performed the important and critical function of interpreting Wyoming’s complex geology. We do not rest on our past accomplishments, but instead, remain steadfast in our goal to apply new geoscience technology and techniques to address current and future geology-related issues and challenges. Our mission is to promote the beneficial and responsible development and use of Wyoming’s geologic, mineral and energy resources while seeking to understand, characterize and inform the public about geologic hazards.