Why You Should Visit Jackson Hole in the Spring

Locals call it the “off season,” but Jackson Hole in the springtime is anything but off. On the contrary, as the snow melts and the air warms, Jackson puts on an extraordinary display of life for those who visit. Foliage blanketed in white begins to reveal its true colors. In town, you’ll find a fraction of the crowds that visit Jackson during the more popular summer season. Still, from wildlife to local celebrations of western culture, Jackson is bustling with activity.

Spring is arguably the best time to see wildlife in and around Jackson Hole. Animals are starting their great migration from the valley floor up into the mountains. Bears are waking up from a long hibernation — many with cubs. Most of Jackson’s wildlife gives birth in the spring: moose, elk, bison, deer, wolves. The valley is truly teeming with life from April through June, and animals are out and active if you know where to find them.

Jackson Hole EcoTour Adventures knows where to find them. EcoTour guides are more than just entertainers, though it’s unlikely guests will ever get bored on a tour. EcoTour guides are true wildlife experts — biologists, naturalists, conservationists. Wildlife conservation is at the core of everything EcoTours does, because to know Jackson’s wildlife is to love it, and to love it is to want to protect it. EcoTour guides will take guests everywhere the animals are and offer invaluable lessons on how to preserve the wildlife before their eyes.

Spring is also the time of the “Sage Grouse Strut,” aka “lekking.” It’s a bizarre and rarely-observed display of affection — or at least attention. Male sage grouse puff their chests, filling yellow balloon-sized pouches with air, and literally strut their stuff. The goal is to attract female attention. It works for humans, too, if you’re lucky enough to see it. Grand Teton National Park leads viewing programs every spring.

For 10 days every spring, Jackson Hole transforms into the Jackson of olde: mountain men, western cuisine, art. Old West Days are a celebration of western culture at its finest. The festival includes a parade, live music, and, of course, Jackson’s famous rodeo.

Help judge the annual High Noon Chili Cook-off, a battle between participating local restaurants for the best chili in town. Sample local beers at Old West Brewfest. Support local artists as they craft masterpieces in real-time around the square. Witness an old-fashioned “shootout” on the Town Square, reenacted by members of the Jackson Hole Playhouse. There are events for every age and interest.

A ride in the park

One of locals’ favorite times of year is the short window when Grand Teton National Park clears the Teton Park Road of snow but keeps it closed to motor vehicles. It only lasts around a month and depends on the weather. But during those glorious few weeks, the road is accessible only to non-motorized travel. Cyclists, roller bladers and pedestrians seize the opportunity to travel over pavement for the first time in months. Feel the crisp spring air against your skin and soak in the warming spring sun, aided by the black pavement. The valley floor is usually still blanketed in snow. The park road runs right next to the towering Teton Range, and it is truly awe-inspiring to feel so close to such stunning mountains.

The road is accessible from the Taggart Lake Trailhead to Signal Mountain Lodge — nearly 30 miles in total, but the beauty of the adventure is you can go as far as you feel your legs can carry you. Many cyclists ride to Jenny Lake and back, a roughly 9-mile round trip journey. Bikes are available to rent at Hoback Sports.

The window of opportunity usually begins around late March/early April and lasts until roads open to motorized traffic on May 1.

Pro tip: Pack a sandwich and snacks from Creekside Market and Deli, conveniently located just north of Jackson on the way to Grand Teton National Park. Bring a daypack with water and extra layers — you never know when the weather will turn in Jackson.

After observing wildlife in their natural habitat, head over to the National Museum of Wildlife Art to see local and global animals through new eyes. Don’t expect to find walls of taxidermied animals; this is a fine art museum with a collection of more than 5,000 masterpieces from renowned artists like Georgia O’Keeffe, Andy Warhol, Robert Kuhn, John James Audubon, and Carl Rungius.

The mission of the National Museum of Wildlife Art is “to impart knowledge and inspire appreciation of humanity’s relationship with wildlife and nature through art and education.” In today’s world of climate change and diminishing habitat, visiting a museum dedicated to preserving the history of wildlife throughout the world is a unique experience. The beautiful works of art hanging on the walls are often paired with natural history lessons about extinct or endangered species, climate and habitat challenges, or migration patterns.

Each piece challenges the viewer to see beyond the use of color or technique and to think critically about wildlife’s connection to humanity on earth. Outside the stone-clad building, a trail meanders the property, winding past sculptures depicting species from the Greater Yellowstone Ecosystem and beyond.

Tucked away on a hillside just 1.5 miles north of downtown Jackson and built to blend in with the landscape, you may not even notice the museum is there as you head toward Yellowstone and Grand Teton National Parks. Not unlike the elk herds blending into the landscape just across the street on the National Elk Refuge, the museum is a hidden gem that’s not to be missed.

After a day exploring Grand Teton National Park or catching up on local culture, take advantage of Jackson’s world-class dining. Some restaurants in town close for the “off-season,” but many stay open and offer “2-for-1” specials. Fine Dining Restaurant Group, owned by restaurateur Gavin Fine, has created a new spin on 2-for-1 season. They call it 2-for-$2. At each of Fine Dining’s six restaurants, guests can buy one entree and get the second for just $2. The $2 are donated to a local nonprofit, which changes every week.

Fine Dining has raised close to $200,000 for local nonprofits through 2-for-$2 deals. And true to its name, Fine Dining restaurants offer some of the best cuisine around. Rendezvous Bistro is regarded as one of Jackson’s original fine dining establishments, both by name and by experience, and is a local favorite year-round. Café Genevieve is another local favorite. 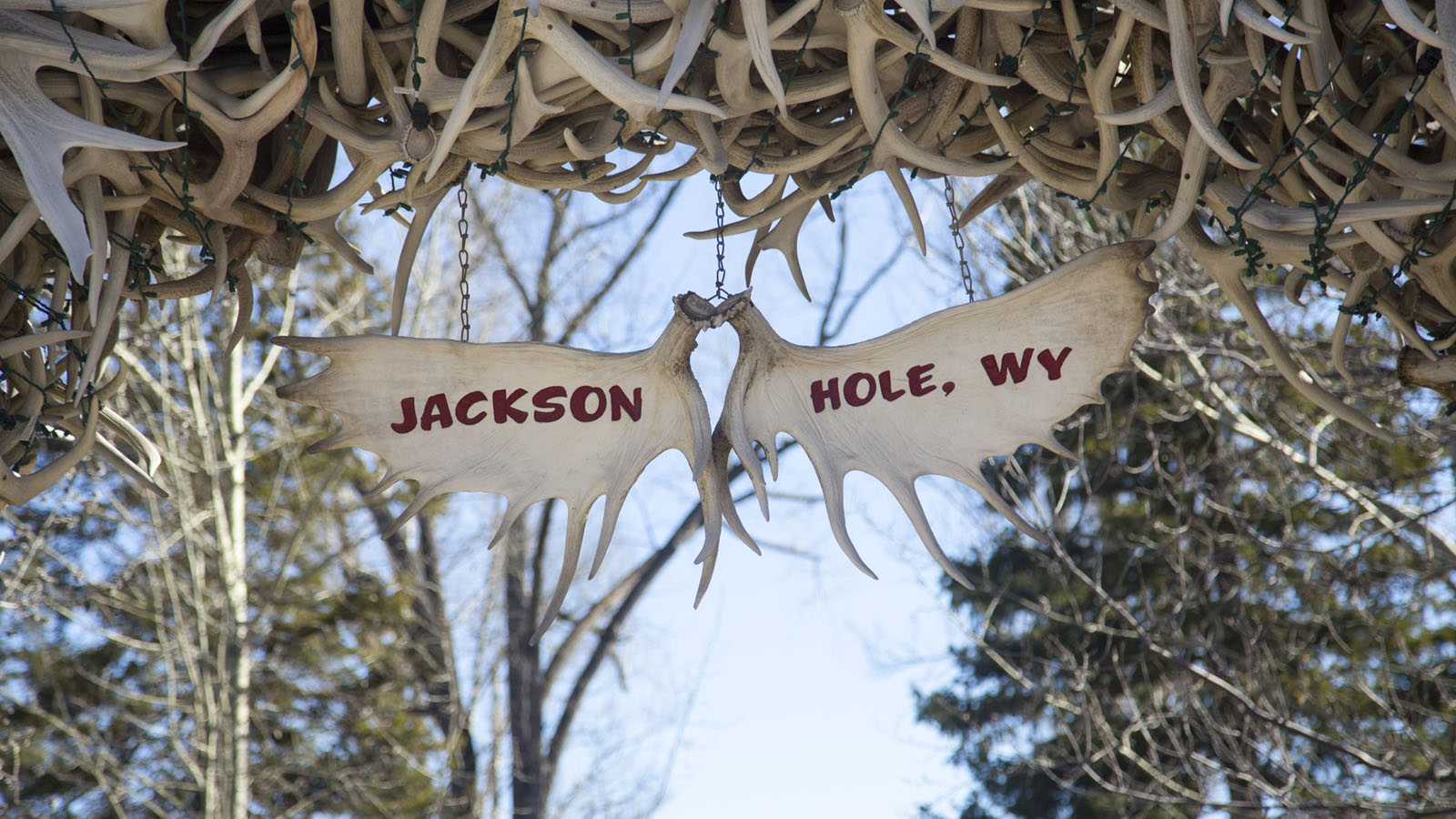