The first known paleo-Indians enter the Jackson Hole area. These nomadic peoples came after the glaciers of the Pleistocene age retreated. Tipi rings, fire pits, and stone tools have been found from this era, and archeologists believe that the tribes spent time in the region harvesting berries and hunting in the spring and summer months. They would follow their prey out of the valley once winter came in search of a milder climate.

Jackson Hole and the Teton area are inhabited by native peoples. Many tribes inhabited the area, including the Shoshone, Nez Perce, Gros Ventre, Blackfoot, and Crow. They were for the most part nomadic, usually starting in the valley in the spring and them moving higher in altitude as plants developed through the summer. When the first European settlers arrived in North America, the introduction of the horse changed the culture of many of the tribes in the Great Basin and Plaines regions. But those tribes in the Grand Teton area, for the most part, stuck to their traditional way of life, living on berries, roots, and game that they hunted, including small mammals, elk, deer, and mountain sheep. They also fished for trout and whitefish in the alpine lakes.

Located in Moose, Wyoming, the Craig Thomas Discovery and Visitor Center hosts a collection of Native American artifacts to explore, and you can learn more about their place in history. You’ll find a raised relief map of the area to give you an overhead view of the region, and you can watch a 24-minute movie on the park: Grand Teton National Park: Life on the Edge.

Fur trappers enter the region. For the next 30 years, trapping becomes a booming trade, and it draws people from France, Germany, Mexico, Scotland, and Ireland, among other countries. Jackson Hole is actually named after one of the trappers, David E. Jackson. Jackson called the area his favorite trapping ground, and it was named for him around 1829.

Late 1880s: The first settlers not directly associated with the fur trade begin to establish themselves in the Jackson Hole area, more than two decades after the Homestead Act of 1862 encouraged settlement.

Check out the Jackson Hole Historical Society and explore the variety of exhibits and artifacts from this time period, including an in-depth exhibit on homesteading. Founded in 1958, the museum supports education and research on the history of the region from the Native American people to the fur trade, ranching, and dude ranch eras. It has also recently focused on the importance of the region in the country’s conservation movement.

Wyoming becomes the 44th state in the union. Mormon Row was established in the 1890s when Mormon leaders sent members from Utah to develop new communities in the Tetons. These farms were consolidated near Blacktail Butte.

Take a side trip to the Mormon Row Historic District, where some of the most well-known and iconic images of the Tetons can be found. Visitors also can see Menors Ferry General Store, near the spot where Bill Menor operated his ferry across the Snake River during this time. Lastly, the Cunningham Cabin Historic Site should be on your list. This is one of the last standing buildings from the original homesteaders in the Tetons.

Teton National Forest is established, and the first dude ranch (the JY Ranch) opens in Jackson Hole. This helps jump-start the region’s tourism. While the buildings are gone, the location has been turned into a preserve in 2009 and is open for visitation.

The Cunningham Cabin is one of the last standing buildings from the Homesteader era. Mark R Frye

Take a trip to the Laurance S. Rockefeller Preserve, which provides visitors with the opportunity to enjoy the serenity and abundance of wildlife away from the crowds in some sections of the park. You’ll find a network of trails that go through mature forests to Phelps Lake.

Conservation becomes part of the national dialogue, and Olaus Murie begins a long-term study of elk in the Tetons. He would go on to purchase the STS Dude Ranch in Moose.

The National Elk Refuge is a must-see. Take a tour, bring your camera, and enjoy the majesty of this critical part of the ecosystem.

Grand Teton National Park was established on February 26, 1929. The executive order was signed by then-President Calvin Coolidge. The original size was 96,000 acres.

The Jackson Hole & Greater Yellowstone Visitor Center presents the ecological and historical facts from this monumental designation. Here you’ll find exhibits about the establishment of the park as well as information on wildlife viewing.

Congress passes legislation combining Grand Teton National Park and Jackson Hole National Monument. This was the result of years of drama between John D. Rockefeller Jr. and the federal government. Rockefeller wanted to donate his surrounding land, but the government did not have funds to protect the additional acreage. After threats and an ultimatum, they came to an agreement, and the land became the new Jackson Hole National Monument.

Colter Bay Visitor Center has interactive displays, as well as a perfect launch point for hiking and other outdoor recreation.

Some of the most expansive, destructive fires in the history of the national parks burn through Yellowstone National Park and Grand Teton National Park.

Drive the John D. Rockefeller Parkway to see the impact of the burn firsthand.

Jenny Lake area is developed. Tourism increases each year, and development continues with a new visitor center at Jenny Lake a few years after.

Take a boat ride or hike around Jenny Lake, which has become one of the most visited spots in Grand Teton National Park.

Development of the Jenny Lake area of the national park began in 1980, and it’s now one of the most visited sections of the park. Dave Bezaire

Murie Ranch is designated as a National Historic Landmark. This was the site where the Wilderness Act came to life and still plays an important role today.

You can visit the Murie Ranch, which is named for conservationists Olaus Murie and his wife, Margaret, and scientist Adolph Murie, and his wife, Louise. The four of them purchased the STES Dude Ranch in 1945, and it served as their hub for the conservation movement. The ranch, which includes 17 cabins and can accommodate up to 25 guests for meetings, now features youth and adult programming. In 2015, the ranch become home to the camps of the Teton Science Schools.

Written by Matcha for Wyoming Office of Tourism and legally licensed through the Matcha publisher network. Please direct all licensing questions to legal@getmatcha.com. 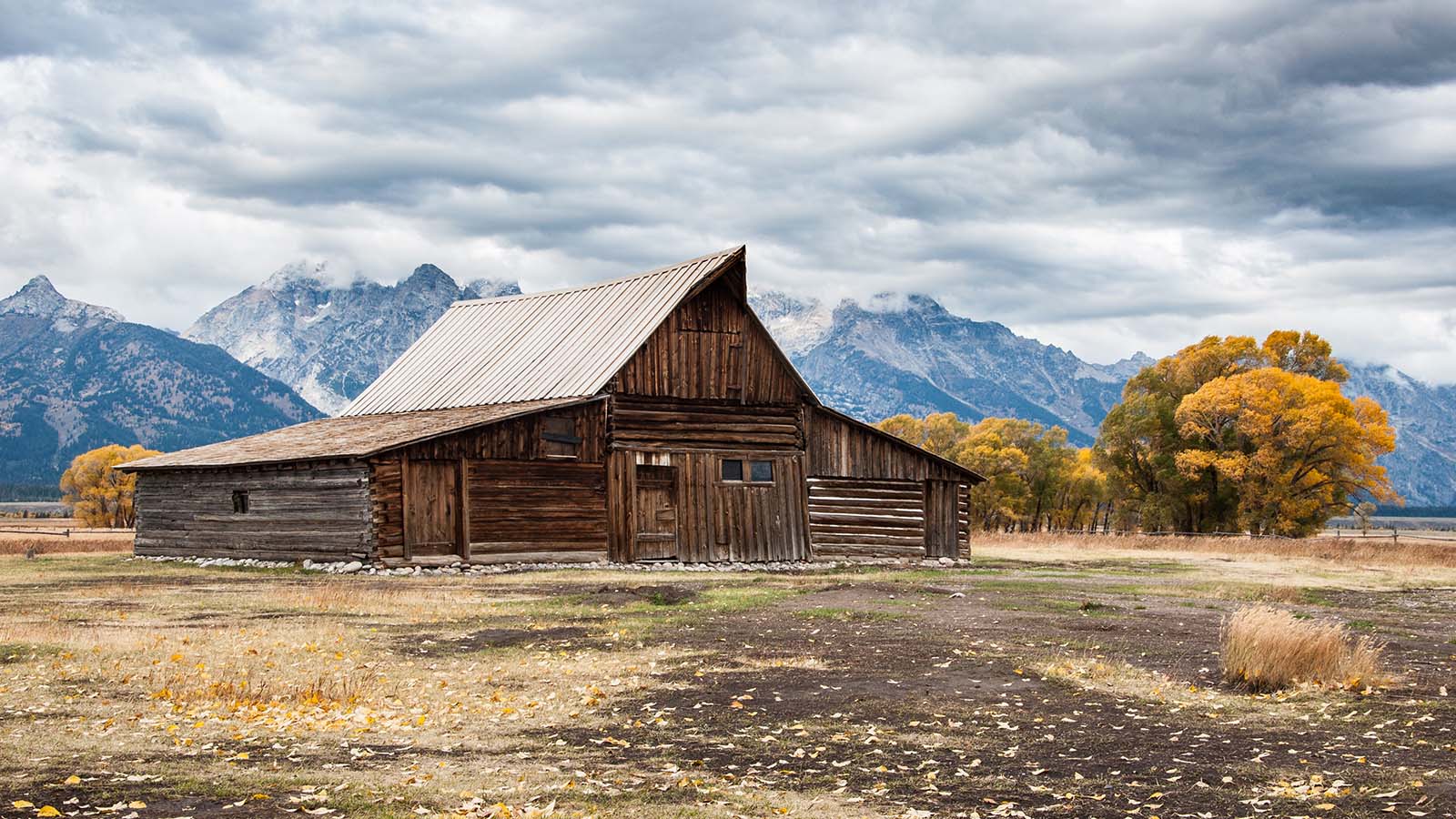