Wyoming’s epic landscapes have made it a popular destination for hundreds of millions of years. The animals that called Wyoming home before us are still being discovered today. Visit these spots to uncover the state’s rich paleontology history or join a real dino dig.

The Center is home to Jimbo (a 106-foot-long Supersaurus), Stan (a 41-foot T. rex), two Velociraptors and many more. Join one of the center’s Dig for a Day program and get in on the hunt. The area while rich with dinosaurs is also home to the Hot Springs State Park.

Located in Wyoming’s capital city, the Wyoming State Museum is ideal for dinosaur fans. Rex in Pieces is the museum’s permanent dinosaur exhibit, highlighting the most prehistoric Wyoming creatures. Check out the cast of one of the first dinosaurs found in the state.

Enter the exhibit hall and be greeted by a 75-foot Apatosaurus skeleton. Discovered in 1901 at Sheep Creek in Albany County. You can also meet “Big Al,” the most complete Allosaurus fossil ever discovered. Other displays include Diatryma gigantea, Stegosaurus, Triceratops and T. rex. Learn about the fossil preparation process in the Prep Lab, a working exhibit where you can watch researchers at work and ask questions.

Reaching a height of more than 7,500 feet above sea level, Fossil Butte National Monument serves as a 52-million-year-old classroom with fossils renowned for their preservation and diversity. Take a scenic drive, hike the Monument’s trails, enjoy a picnic and see more than 300 fossils in the Visitors Center. Participate in kids’ activities, including fossil artwork and preparation.

In 1995, Glenrock’s Director of Paleontology discovered Stephanie the Triceratops on a local ranch. Today, the museum has grown to a 32,000-square-foot site. You can discover all types of dinosaurs, plus a prep lab where you can learn about fossil preservation. Furthermore, go beyond dinos and dig into the Museum’s collection of rare marine reptiles and mammals.

Each summer, the museum leads three Dinosaur Digs. The participants spend a week excavating and collecting artifacts. A recent dig even led to the excavation of Lee Rex, the T. rex. At the museum, you can examine rocks, minerals, meteorites and Wyoming Jade to learn why the state’s geological features. Additionally, visit Casper College’s Western History Center for hands-on learning about paleontology and how it fits into Wyoming’s history.

Visitors to the Natural History Museum will feel a sense of wonderment while standing in the shadows of five life-size specimens including Triceratops, Stegosaurus and T. rex. Other exhibits include fossils of fish, reptiles and palm leaves. Learn about Wyoming’s earliest known humans by feasting your eyes on prehistoric pottery and other evidence of ancient ancestors.

The Bighorn Basin is home to extensive fossil-bearing deposits. These fossils date back to the Cambrian Period. The Geoscience Center offers three-day workshops led by geoscientists that are open to the public. In addition consider extending your trip to include Yellowstone Park, which is just two hours from the workshop location.

The Cottonwood Creek Dinosaur Trail was developed after one of Casper’s 5th-grade elementary class discovered the bones of a Camarasaurus on a field trip. It takes hikers through the Sundance and Morrison Formations, which are known for their fossils. The trail itself winds for about one mile and summits over the Alcova Reservoir. Before you go get the inside scoop by contacting the Tate Geological Museum for guided tours.

Five miles down a dirt road you’ll find this incredible assemblage of fossil dinosaur footprints. Scientists believe the tracks were made by two-legged dinosaurs, perhaps walking along the shore looking for meals left behind by the last high tide. Located on BLM land the Red Gulch Dinosaur Tracksite is the largest in Wyoming. Visit in the evening or early morning when the prints are more visible in the shadows.

The center is home to several exhibits about the historical animals and environment surrounding Big Horn Basin. One of the permanent exhibits is The Ancient Basin, a collection of elaborate illustrations and casts of dinosaurs. Within the collection, you can find a fierce, carnivorous six-foot Eocene bird, Deinonychus. You can also learn about Carpolestes, a tiny creature thought to be one of the first primates to walk the Earth.

At Ulrich’s Fossil Gallery, visitors of all ages get the chance to explore numerous displays of fossil fish before going on a guided dig. Visitors on the fossil fishing expeditions will find one-of-a-kind souvenirs to take home with them. Pick up an educational kit to practice specimen preparation at home.

Paleontologists have been hunting for dinosaur fossils at Paleo Park, part of the Zerbst Ranch, since the early 1900s. Since then, two fairly complete triceratops skeletons have been found. Today, visitors can help the family find fossils by booking an appointment to join a two-hour tour. Take a break from digging to look for antelope, deer and all sorts of birds and native flowers.

Ammonites are predatory squid-like animals that lived in coiled shells and used their tentacles to capture fish and crustaceans. At the Greybull Museum, you’ll find ammonite fossils up to five feet in diameter. You’ll also see an outstanding collection of agate, fossils and tree sections dating back millions of years. Keep an eye out for more recent relics like war memorabilia and Indian artifacts.

Not far from the Fossil Butte Monument is a private quarry at Warfield Springs. Here guests can take part in a Fossil Safari. They’ll have the chance to uncover well-preserved fossils from the Green River Foundation that are 40-60 million years old. In addition to the Safari you can bring home some of the fish you find to start your own collection.

With 3,500 acres in the Hell Creek formation, the Bliss Dinosaur Ranch welcomes guests to stay for two- to three-day fossil digs. Visitors can uncover any number of 300 species of animals and dinosaurs on the property. However, most hunters go home with teeth or bones they discovered themselves. Browse the Ranch’s photos and collection of fossils found on-site.

During scheduled outings between May and September, visitors are invited to dig for fossils at American Fossil. Located outside of Kemmerer, in the northern part of the Green River Formation. You can expect to uncover fossils of various species; for example turtles, fish, birds and insects. Take home some of your favorite finds or purchase fossils others uncovered.

Just east of Fossil Butte National Monument, Tynsky’s Fossil Fish similarly hosts several hands-on dig opportunities and tours of the dig site. Common finds include Diplomystus, an extinct fish with an upturned mouth, and Priscacara, an extinct ancestor of perch with a sunfish-like body. Stop by the gift shop to pick up some of the rarest finds from the area. 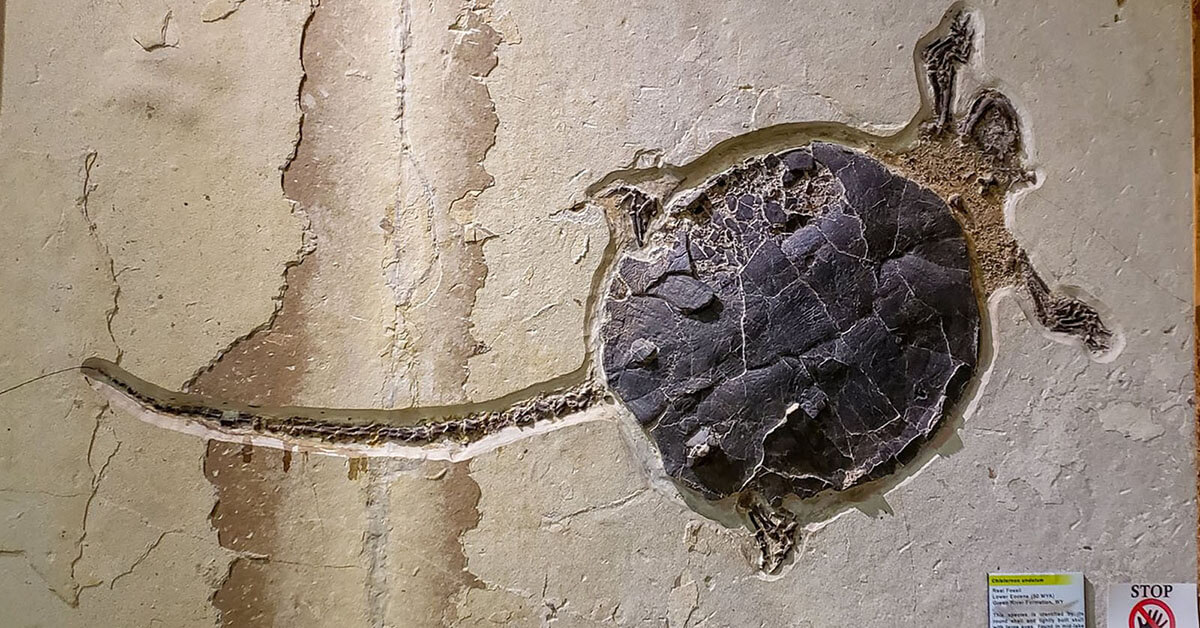