During the 1800s, the pioneering spirit was alive and well. Thousands of farmers and their families made the six-month trek along the Oregon Trail, and prospectors ventured out West in hopes of striking it rich. While pioneers from this time are long gone, remnants of their abandoned frontier settlements linger throughout Wyoming, providing a rare glimpse into this bygone era. Complete with old graveyards, original log structures and worn out wagon trails, old West ghost towns feed the imagination with actual artifacts from this transformative piece of American history.

These ghost towns transport you back to the 1800s, when the West was wild and hard work was fueled by aspirations of a better life.

Nestled in a protected canyon, South Pass City boomed with the discovery of gold in the late 1860s and became one of the busiest cities in the region. Approximately 2,000 miners lived in ramshackle housing around the city, hauled their gold to the assay office and spent it in the community’s then-thriving businesses. By 1872, work at the Clarissa Mine dwindled, and most of the miners moved on, leaving behind the town they created.

Visit this deserted settlement, which consists of more than 20 authentically restored structures, and partake in original pastimes such as panning for gold in Willow Creek and ordering a sarsaparilla soda at the Smith-Sherlock General Store.

Near South Pass City, this booming mining town enjoyed short-lived prosperity starting in the late 1860s. Atlantic City had nearly 2,000 miners, many of whom were vacationers or part-time prospectors looking to score gold, so the town had many options for leisure and entertainment. During its heyday, the town reportedly had a brewery, dance hall and opera house. Currently, many original log homes and structures remain in this ghost town, including a church and general store.

Be sure to stop by the Atlantic City Mercantile, which is listed on the National Register of Historic Places, to grab a drink and a bite to eat.

This ghost town is situated on U.S. Forest Service land along the Wood River, near the town of Meeteetse. During the 1890s, Kirwin had 38 buildings and approximately 200 residents, many of whom migrated to the settlement during its gold and silver boom. The town began to deteriorate in 1907 when a massive snowstorm caused an avalanche, killing three people. In the 1930s, the land became part of the Double Dee Guest Ranch, a place visited by Amelia Earhart and her husband, George Putnam. A cabin was under construction for Earhart when she disappeared during her around-the-world flight in 1937, and it was never completed.

View the remnants of her cabin, which are visible about a mile from Kirwin, as well as an old hotel, small log structures and mining machinery at this old West ghost town.

The discovery of copper and development of the Ferris-Haggarty copper mine in the Sierra Madre in 1897 gave rise to several mining towns, most of which are now ghost towns. This includes Battle, atop the Continental Divide, and Dillon, which was established a mile from the mine. Many of the buildings from the town of Battle have been relocated to nearby Encampment, such as the one that was moved to Grand Encampment Museum where it is operated as the Battle Miner newspaper office.

For the most part, Dillon’s log cabins have fallen to disrepair and the seasons, but at the ghost town site, you will see some of the deteriorating logs and can identify places where others were positioned.  Learn more about these deserted frontier settlements at the Grand Encampment Museum, which has its own re-created town formed with historic structures moved from throughout the valley. Then drive the Battle Pass Scenic Byway to explore these historic places and take in the area’s beautiful landscapes.

Situated in a mountain setting at an elevation of 7,800, this old West ghost town was founded by Charles W. Eads after he staked a mining claim around a large spring in 1891. Word spread of the gold, silver, lead and copper said to be found in the area and about a dozen cabins were built to house nearly 50 people hoping to strike it rich. Like other ghost towns, minors abandoned this area in the early 1900s once they stopped finding the precious minerals they set out to collect.

The spring where Eads first staked his claim is the center of this ghost town, which features foundations of a few cabins and a small grave. Don’t leave the area without visiting Casper Mountain, where you can find mountain biking trails of all levels and fat biking trails once the snow falls. Head into Casper for even more things to do.

Although Point of Rocks Stage Station is not technically a ghost town, as the only station fully in tact on the Overland Trail, it certainly is a ghost of the past. The station is located just south of the Interstate 80 at Point of Rocks. Explore the building, and then walk west on the Overland Trail. Less than a quarter mile to the west, find fenced gravesites dating back to the 19th century.

After visiting this area with an old West ghost town feel, jump back on I-80 and continue 25 miles toward Rock Springs and Green River. These southwest Wyoming towns have plenty to offer and are the gateway to the breathtaking Flaming Gorge National Recreation Area. 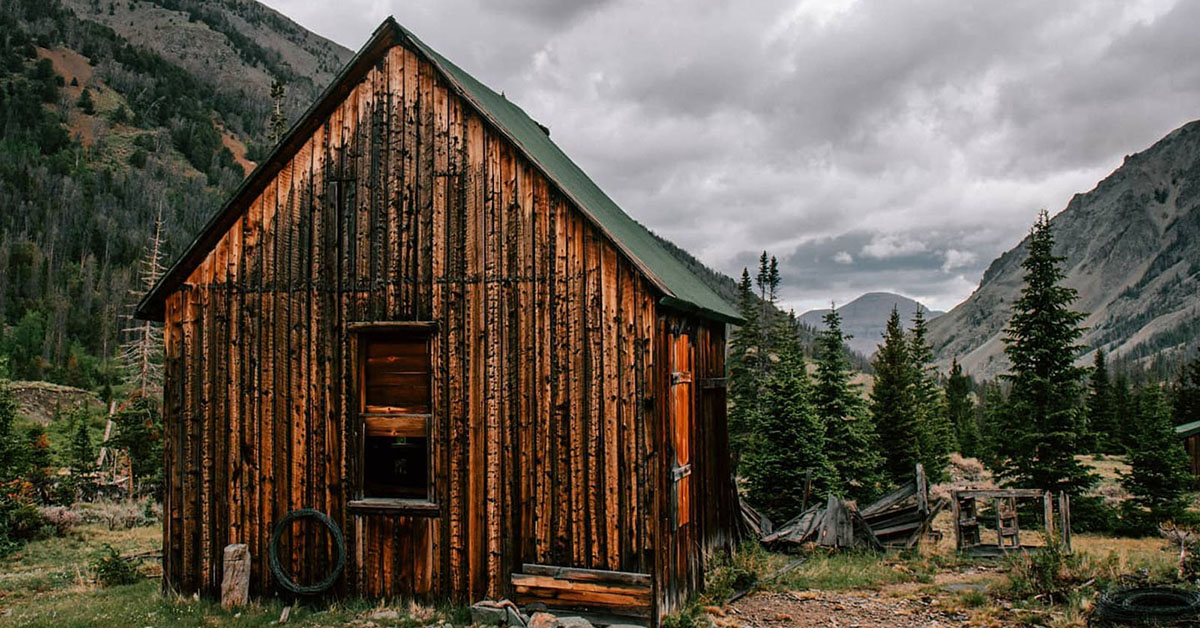