Wyoming history is steeped in Wild West lore, geologic marvels, Gold Rush-era trails and burly mountain men. No matter where your travels take you in Wyoming, you’ll be roaming through landscapes, cities, and monuments that have great historical significance. Here are a few interesting facts you probably didn’t know and ways to experience them for yourself on your next trip.

While Buffalo Bill’s worldwide fame came from the spectacle of “Buffalo Bill’s Wild West” show, which toured around the world with cowboys, American Indians, wild animals and re-creations of frontier life, he was first a hunting guide, who led trips for famous dignitaries and was a chief of scouts for the U.S. Army during the 1860s and ’70s. Cody, located in Yellowstone country, is just 50 miles from the East Entrance of Yellowstone and was founded by the Famous “Buffalo Bill” Cody.

Experience: Visit the Buffalo Bill Center of the West in Cody and take one of the Inside the Museum Treks to find items hidden in the galleries of the center’s five unique museums.

2. In 1941, parachuting daredevil George Hopkins landed atop Devils Tower…with no way down.

His plan to descend the tower via a 1,000-foot rope was foiled when the rope fell out of reach. Park officials dropped food and blankets to him while they figured out how to get him down. Six days later, seven expert climbers arrived to scale the tower and bring Hopkins safely down while an audience of 7,000 arrived to witness the rescue. The tower’s sheer rock faces and hundreds of columns and cracks are a siren song for climbers. All climbers must register with park authorities and check in after their climb. The tower closes to climbers during the month of June due to a voluntary climbing ban out of respect for American Indian traditional cultural activities that occur during that month.

Experience: Take a ranger-led tour of Devils Tower National Monument to learn more about this and other historic Devil’s Tower trivia.

3. “The Virginian” was inspired by moments at the Occidental Hotel.

Often called the father of Western fiction, writer Owen Wister spent many hours in the lobby and saloon of the Occidental Hotel in Buffalo and based characters in his most famous novel, The Virginian, on the famous cowboys and gunslingers that he observed there. When you step through the front door of the Historic Occidental Hotel in Buffalo, Wyoming, you are truly stepping back into the Old West – standing on ground trod by the likes of Butch Cassidy and Calamity Jane. Everywhere you look, you will see the way it really was in frontier days.

4. Fort Laramie is featured in the “Oregon Trail” video game.

Those who played the educational “Oregon Trail” video game series may remember Wyoming’s Fort Laramie trading post as one of the stops on the emigrant and Gold Rush journey west. A real-life stop along the trail, the fur-trading fort was first built in 1834. It later became the Northern Plains’ best-known military post during America’s westward expansion and the Indian Wars that accompanied it.

Experience: Today, you can tour 22 historic structures at the Fort Laramie National Historic Site. This unique historic place preserves and interprets one of America’s most important locations in the history of westward expansion and Indian resistance. From there, head up Hwy. 26 to Guernsey, where you can still see actual wagon ruts left behind by travelers in the 1800s.

5. Cheyenne was once a haven for trappers, gamblers, and gunslingers.

Incorporated in 1867, Cheyenne’s diverse citizenry, which included trappers, gamblers, gunslingers and laborers working on the local railroad, facilitated a true Wild West town dominated by lawlessness. Peacefulness returned to Cheyenne when many migrants moved with railroad construction toward Sherman Pass. The city became the center of a prosperous ranching industry, supplied resources for miners and prospectors of the Black Hills Gold Fields and was eventually named the capital of the new state of Wyoming in 1890.

Experience: Take a tour of the Wyoming State Museum Capitol Exhibit in Cheyenne, where you’ll learn about the capitol’s copper dome, Wyoming’s state flag and seal, historic murals and stained-glass ceilings and the current renovation project.

6. Wyoming was the first state in the union to grant women the right to vote.

This is the chief reason Wyoming was nicknamed “The Equality State.” John A. Campbell, the state’s first territorial governor, signed the bill in 1869. That was one of many firsts for women — Wyoming was also the first state to have a female governor, Nellie Tayloe Ross in 1925. Learn more about women’s suffrage in Wyoming.

7. The first JC Penney store was opened in Kemmerer.

Experience: JC Penney’s is a household name today, and the Golden Rule Store, along with the J.C. Penney Home/Museum, are still open for business. It’s one of the stops along the Big Spring Scenic Backway, a 68-mile route that also takes you to some of Wyoming’s ancient history, Fossil Butte National Monument.

8. Independence Rock served as a “trophy-like” monument for the pioneers who made it to the landmark during their journey West.

Known as the Register of the Desert, Independence Rock was a key landmark for pioneers as they picked their way across the American frontier. Hundreds of names and images have been carved in or painted on the stone since prehistoric times. Travelers of the Oregon Trail raced to reach Independence Rock by the Fourth of July when a giant celebration was held each year.

Experience: You can visit Independence Rock State Historic Site 50 miles southwest of Casper. Visitors can explore the dome-shaped rock and mull over the hundreds of names carved by past travelers along the California, Mormon, Oregon and Pony Express trails. The trail around Independence Rock is roughly a mile long.

In the mid-1800s Rocky Mountain Rendezvous were held by fur-trading companies at various locations in the region. The gatherings allowed trappers and other mountain men to replenish their supplies and trade furs and hides. According to Tom Rea of WyoHistory.org, “The rendezvous in general were pretty wild. Most were held in the valley of the Green River … Besides the trading, there was a lot of socializing to do. Traders, trappers, and their Indian customers, friends, and families, ate, drank, gambled, staged horse and foot races, quarreled, fought and made love.”

Experience: The Museum of the Mountain Man in Pinedale, open May 1 through November 1, displays exhibits of fur-trade-era artifacts, including weapons, clothing and trade goods, and more. You can also attend the Green River Rendezvous, held each July in Pinedale.

10. Only the resilient homesteaders and Native Americans made it in Jackson.

Though today Jackson Hole is known as a winter playground, archaeological evidence shows that the American Indians who first appeared in the area 10,000 years ago would only have visited during the summer months, finding winters too inhospitable in this once unforgiving mountainous territory.

Experience: Visit the Jackson Hole Historical Society and Museum, where exhibits like “Homesteading the Hole: Survival and Perseverance,” as well as oral histories, photos and more detail the settling of this beautiful country. Jackson Hole is encompassed on all sides by mountain barriers. The hole – or valley – is 48 miles long and for the most part, six to eight miles wide, embracing an area of approximately 400 square miles. It lies a few miles west of the Continental Divide and occupies the central portion of the headwaters of the Snake River. 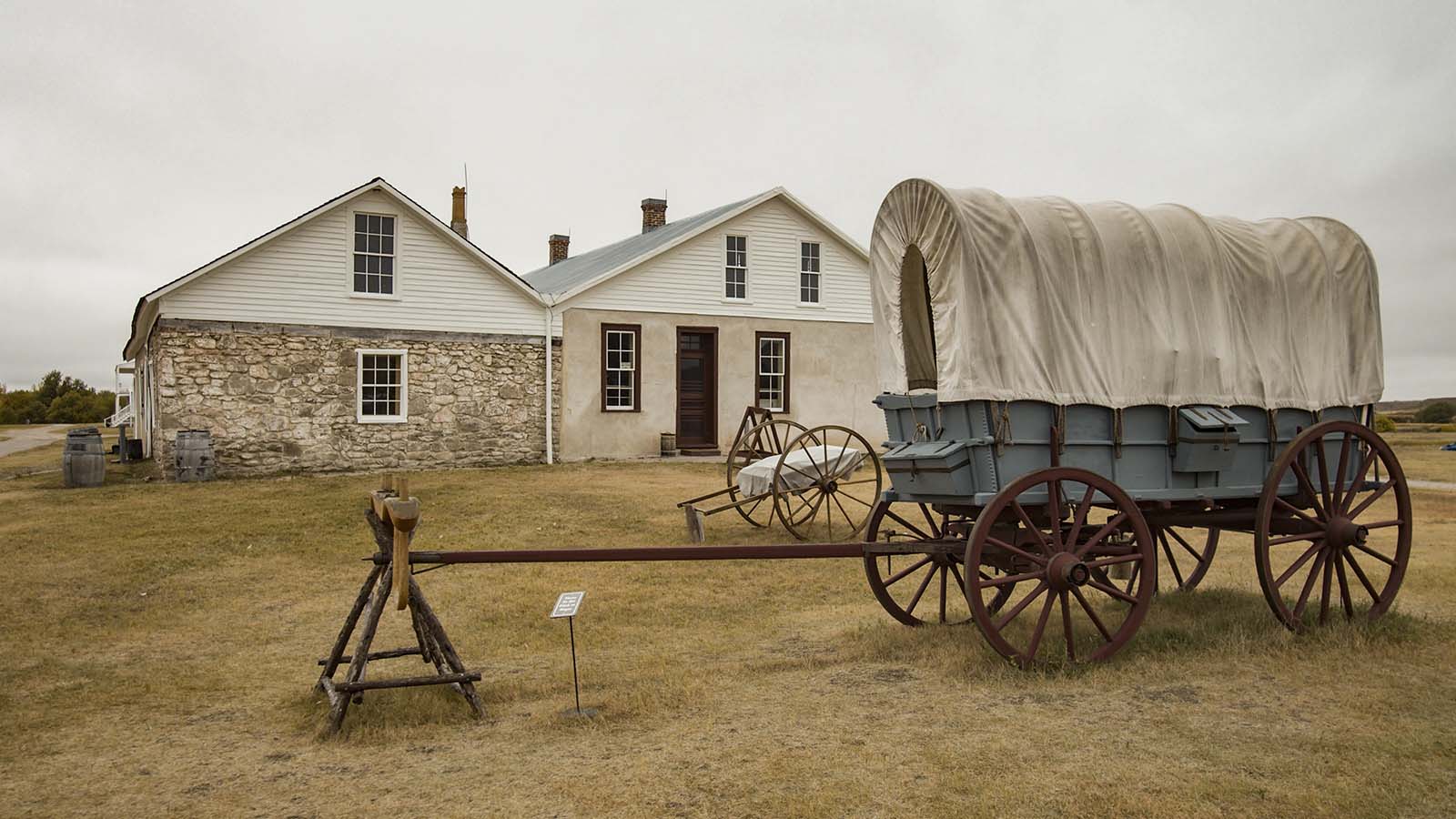