Learn about Cultures Past & Present at these Native American Sites

Originally called Bear Lodge by area tribes, Devils Tower is a sacred Native American site that is revered by multiple Plains Indian tribes to this day. During the month of June, many tribes gather to perform personal and group ceremonies. Some of these ceremonies include leaving a prayer cloth or other religious artifacts. Please refrain from touching or disturbing these items.

Learn more about the sacred history of Devils Tower.

Located in the Bighorn Mountains in northcentral Wyoming, the Medicine Wheel was designated a National Historic Landmark in 1970. Medicine wheels have been used for navigation as well as important spiritual practices, including ceremonies, vision questing and medicinal plant gathering. This wheel in the Bighorns is the best-known and largest preserved wheel in the northwestern plains.

Medicine Wheel National Historic Landmark is open mid-June to September from 8 a.m. to 5 p.m., weather permitting. Please keep in mind that this is an active Native American sacred site; if a ceremony is taking place during your visit, please stand back and observe quietly. Photographing the wheel is allowed, however, be careful to not disturb anything and be mindful of the sacred nature of the site.

Learn more about how to visit this site responsibly.

Discovered in the early 1970s, Vore Buffalo Jump is an archaeological site displaying the hunting patterns of late-Prehistoric Plains Indians. Currently only 10 percent of the site has been excavated, leaving decades of future scientific research. The site is in northeast Wyoming off Interstate 90 it is open from June 1 through August 22 from 8 a.m. to 6 p.m.

Across Wyoming, you can find petroglyphs left behind from the Plains Indians. These areas in Wyoming featuring petroglyphs allow you to see some of the earliest Native American sites within our state.

The Castle Garden Petroglyphs are located 45 miles east of Riverton in central Wyoming. The site includes a parking lot and gravel foot paths to help you manage your way around.

Located 29 miles north of Thermopolis is a 1,312-foot long, near-vertical cliff with over 92 petroglyphs. Legend Rock has been a sacred Native American site for thousands of years. It includes a visitors’ center (summer months only), interpretative trails and a picnic shelter.

Located about 30 miles north of Rock Springs you can find petroglyphs on a 300-foot cliff face. Take your time viewing hundreds of figures carved into sandstone at the White Mountain Petroglyphs. To reach this location, it is encouraged to have a four-wheel-drive vehicle.

Located six miles north of Hyattville you will find Medicine Lodge Archaeological Site. The site features petroglyphs and pictographs dating back 2,000 years. The visitor center is open seasonally from May to October. If visiting in the off season, make sure to call ahead for the center to be unlocked.

The Wind River Indian Reservation is the seventh largest reservation in the country and is home to the Eastern Shoshone and Northern Arapaho tribes. While visiting the reservation not only will you find unique experiences, but if you visit from June to September there are four large powwows you can attend. In Lander and Riverton, the surrounding towns outside of the reservation, you can find weekly dance exhibitions from June through August. Be sure to check out these Native American sites within the Reservation.

Sacajawea belonged to the Shoshone Tribe, but when she was twelve an enemy tribe, the Hidatsa, captured her. She went on to marry Toussaint Charbonneau and through him guide Lewis and Clark. At the end of her life, it is believed that Sacajawea returned to her people and is buried among them in Fort Washakie. To visit Sacajawea’s Cemetery, you will venture onto the Wind River Reservation.

Chief Washakie was the last chief of the Eastern Shoshone Tribe. He was an integral part in helping his tribe during a time of great upheaval. He has a long legacy in Wyoming and the surrounding areas. His grave is in the Fort Washakie Cemetery.

The Wind River Wild Horse Sanctuary provides a great glimpse into a working ranch, Native American culture and wild horses. It is one of four public off-range pastures in the U.S. and the only one on a reservation. The sanctuary is located on Oldham’s Ranch. You can schedule a privately-guided tour during operating summer hours. 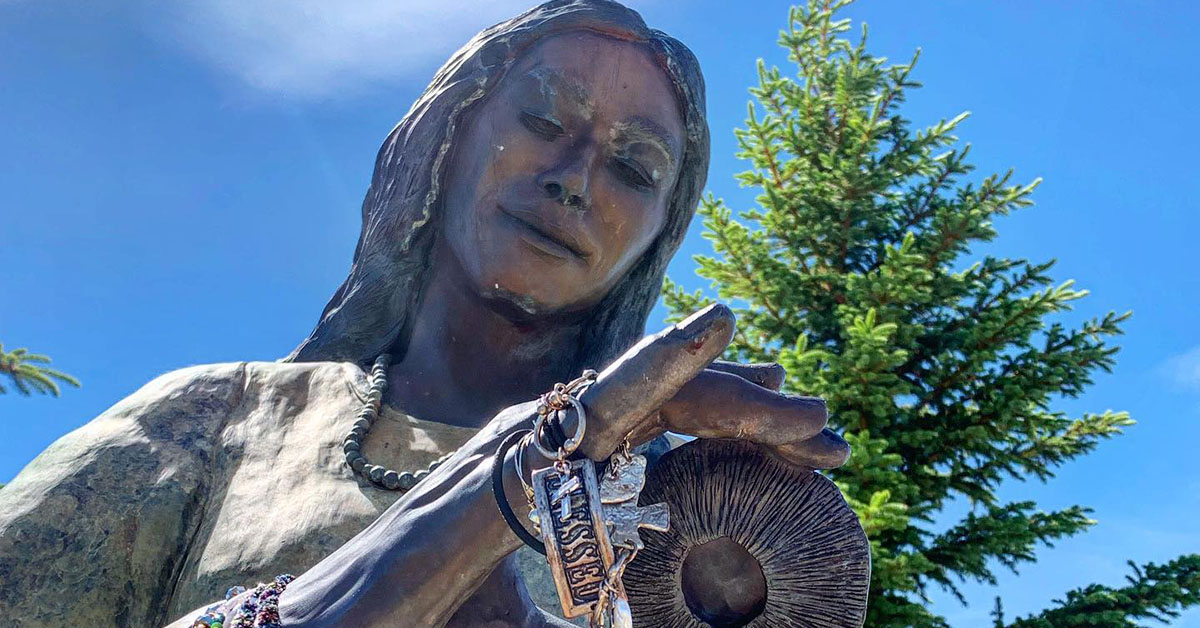 About Lexi Mitchell Alexis “Lexi” Mitchell creates content for the Wyoming Office of Tourism’s social media accounts and PR efforts. She graduated from the University of Wyoming with her Bachelor of Arts in Communication. She enjoys visiting new places and camping with her family in the Wyoming wilderness. She loves floating the Green River during the summer and exploring the Red Desert.