Napa Valley has their wine. Louisville their bourbon. But Wyoming? Well, Wyoming has whiskey.

Wyoming Whiskey is a staple among locals and visitors alike, and the bronze libation has never been more sought after. Whether you’re looking for a literal taste of the cowboy culture, wanting to expand your liquor repertoire or just craving a special drink after a day spent outdoors, whiskey, regardless of the form you indulge it in, should be on your list of things to experience in Wyoming. Whiskey is grounded in the wild west culture of our state. Heck, there’s even a mountain named after it (Whiskey Mountain, located in the Wind River Range). But why is it so special? And what about Wyoming makes it so darn good? We talked with the co-owner and COO of Wyoming Whiskey, David DeFazio, to find out.

“We have taken great care to make a quality Wyoming product and cut no corners,” DeFazio said. “Our water, which is the foundation of any whiskey, comes from a mile-deep, limestone aquifer in Manderson. We’re told that it hasn’t seen the light of day in 40,000 years and is certainly the purest water used in the industry. Our grain has been selected for its starch and sugar yields, is non-GMO and is grown in fields within 100 miles of the distillery by farmers that we sip whiskey with. And we age our bourbon barrels in warehouses that routinely feel the 115 degree heat in the summer and sub-zero temperatures in the winter, which simply doesn’t happen elsewhere. The result is an award-winning bourbon, made in batches of 17 barrels at a time, with a tremendous flavor profile.”

Whiskey has a historical significance in Wyoming and ultimately the West, too. “Whiskey is woven into the historical fabric of the West as evidenced by nearly every western movie that has a bar scene,” said DeFazio. “It new inally made its way to the mountains by barge and wagon. Shortly thereafter, moonshiners decided to make their own.” There are plenty of places to sample this western delicacy, but our locals recommend touring and tasting at the Wyoming Whiskey distillery in Kirby, Wyoming. Tours take place Monday through Friday, 10 a.m. to 3 p.m. or by reservation.

If you’re not venturing into that part of Wyoming, you can sample quality whiskey at any local bar. You can’t go wrong with the Mint Bar in Sheridan, the Lander Bar in Lander, the Million Dollar Cowboy Bar in Jackson or the Miner’s Delight Inn in Atlantic City for some of Wyoming’s famed scotch whiskey.

As for advice to the Wyoming visitor when sampling their first taste of some good ole fashioned whiskey, DeFazio recommends tasting it neat.

“I like to sample whiskies neat, but I ignore my first sip because any whiskey is tough at first. It is the second and third tastes that matter,” said DeFazio. “Once I’ve completed that process, I’ll add a couple ice cubes and let it melt into the whiskey, which makes it even more approachable by lowering the proof and allowing more flavors to emerge.”

If you’re looking for a true Wyoming drink while you’re visiting our state, try a “Mr. Nelson.” The drink is named after the man who settled Kirby and consists of whiskey, ginger beer, a shot of bitters and big squeeze of lemon.

“It’s a great time to be a whiskey drinker, and especially a bourbon drinker,” DeFazio said. “Bourbon has much more depth of character than vodka and other white spirits and there is a lot to choose from besides the traditional brands. Experiment and ask questions about new products and you’ll learn a lot about the industry.”

If there’s one thing outdoor adventurers, cowboys and foodies in Wyoming can all get excited about, it’s the state’s superb whiskey. We’ll drink to that. Looking for more information about Wyoming? Order our Free Wyoming Travel Guide or sign up for our monthly newsletters to learn how to best explore the Cowboy State. 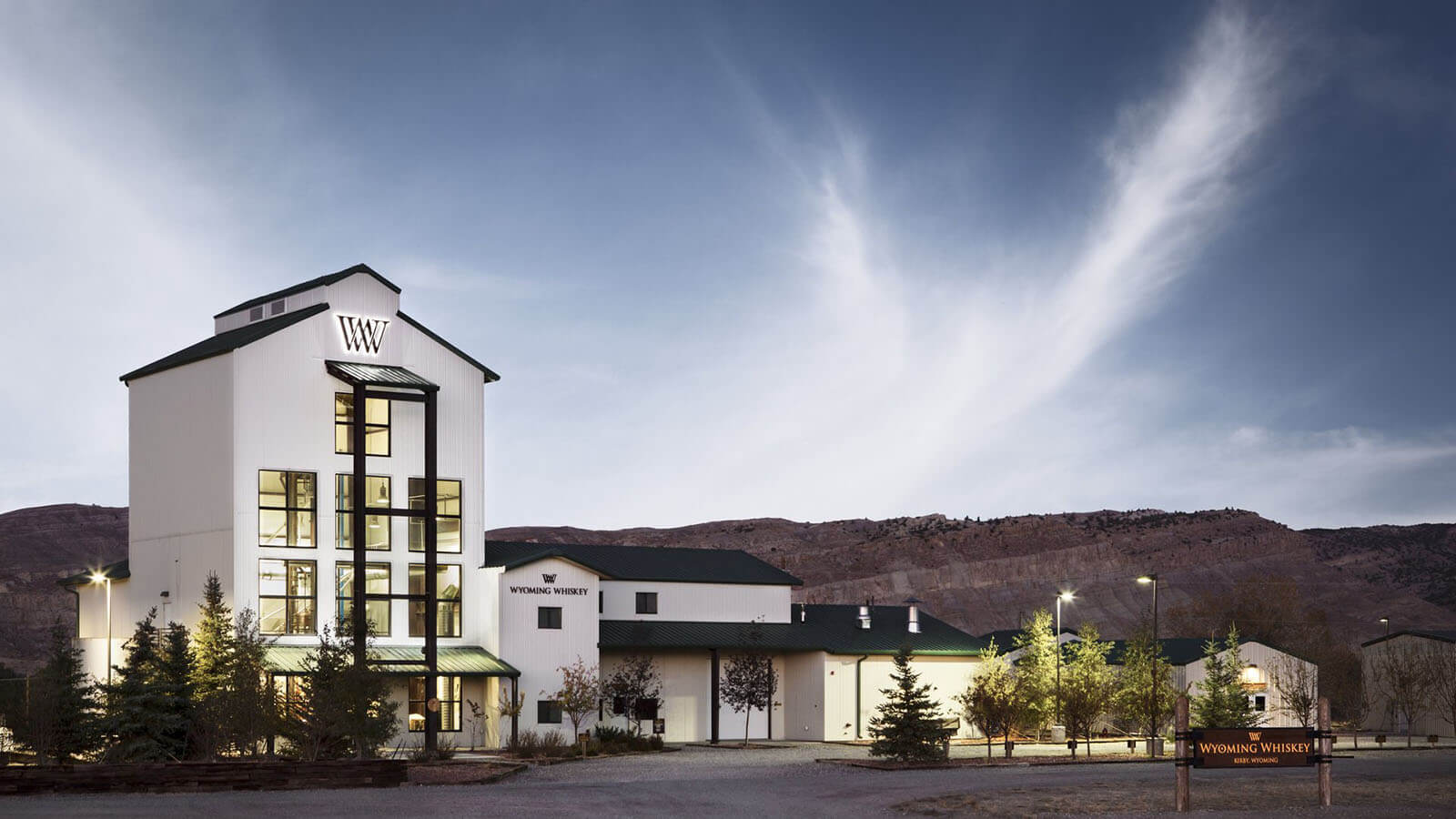