It’s a history that survives, in part, through oral storytelling. Over the years, many of those stories have been shared over a beer at bars and saloons across the state.

Some of those bars still stand, historical artifacts in themselves. But at least as important are the characters that inhabit them — the bartenders, owners, talents and patrons. They help keep the stories alive. Take a seat at these historic watering holes across the state.

It’s not easy to make it onto the wall of photos that decorate The Mint Bar. Monty Buckmaster has owned the place with his brother for 30 years, and his photo is still missing. But Charlotte “Charlie” Bergstrom earned her place. For decades, she was everyone’s favorite bartender. A good bartender is as good a listener as they are a storyteller, Buckmaster says. Charlie was an expert at both. Patrons of The Mint could trust her with any story they had to unload or sit back and listen as she spun a tale of the celebrities that sat in front of her.

The Mint has been Sheridan’s watering hole since 1907. You won’t find Charlie there anymore, but you’ll likely find old Wyoming ranchers seated next to celebrities like Robert Tayler, aka “Walt Longmire.” The bar is no stranger to celebrity guests, but it has never lost its Western character. “See ya at The Mint.”

The legendary Buffalo Bill himself founded this bar and hotel in 1902. One of Wyoming’s most famous and foundational characters, William “Bill” F. Cody helped found the city bearing his name in 1895. Just as the town was named after Bill, The Irma is named after his youngest daughter. The hotel is on the National Register of Historic Places; the original cherry wood bar, which was a gift to Buffalo Bill from England’s Queen Victoria, is renowned around the world.

Today, The Irma’s Silver Saddle Saloon holds tight to Buffalo Bill’s character — western, but high-class. Patrons can sit on the very porch where Bill and Irma used to sit and enjoy some of the finest dining in the west, just as Buffalo Bill wanted.

Just five miles outside Jackson Hole at the base of Teton Pass, the Stagecoach Bar has been a local favorite watering hole since 1942. Every Sunday night, locals and visitors alike crowd the small bar for “church” — live music from The Stagecoach Band, which includes 87-year-old Bill Briggs.

Briggs was the first man to ski the Grand Teton in 1971. He’s considered the “father of extreme skiing,” but his talents don’t stop at snow sports. The devoted musician founded The Stagecoach Band with the late Ron Scott 50 years ago. His band mates’ faces have changed over the years, but Briggs still shows up to nearly every Sunday “church” to give patrons something to swing to.

Everything about the Occidental Hotel and Saloon serves as a reminder that Wyoming was, and is, truly the Wild West. Nearly every inch has been restored, preserved in history. The bar in the saloon is the very same as the one that was installed more than 100 years ago.

If walls could talk, they’d tell stories of outlaws like Butch Cassidy and Calamity Jane walking through the halls. The saloon specifically was the site of a near-murder. Retired Johnson County Sheriff Frank Canton returned home from war in 1892 with an enemy: Will Foster. Foster had followed Canton all the way from Oklahoma just to kill him. The two erupted into a duel that nearly proved successful for Foster. But Canton lived to tell the tale.

While sitting at the 25-foot bar, look up and around. You may still see bullet holes from countless rifts between outlaws, sheriffs, and characters like Canton and Foster.

The history of the famous Wolf Hotel is preserved in part by a fictional celebrity. In C.J. Box’s novel The Disappeared, Wyoming Game Warden Joe Pickett rests his head in room 9 while solving a series of mysteries right there in Saratoga.

The real-life characters that keep The Wolf’s character today are Doug and Kathleen Cambell, with the help of their kids Kirsten, Jason, Judd and Meghan. The saloon is another homage to the old west, swinging doors and all. The bar is fully stocked with liquor, wine, and favorite regional microbrews.

Miners and Stockmen’s Steakhouse and Spirits boasts the oldest bar in the state. The bar back was hand-carved in Germany in 1862. It made its way to Wyoming by boat and horse-and-buggy, where it’s served patrons ever since.

With so much history in one place, it’s no wonder that the bar’s most notable characters are perhaps the ghosts that haunt it. Owners Christine and Scott Harmon swear the spirits are more mischievous than malicious. The hauntings got so intense and frequent that the Harmons hired a priest to cleanse the place. It helped, but you might still see the occasional light flicker or glass fall on its own.

The spirits are likely miners from the once-booming mining town of Hartville, Wyoming. The mine is closed and the town itself is a bit ghostly, but Miners is a surprising ghost-town treat. You’ll find USDA Premium Black Angus Steaks and all sorts of spirits — both of the liquid and other-worldly variety. 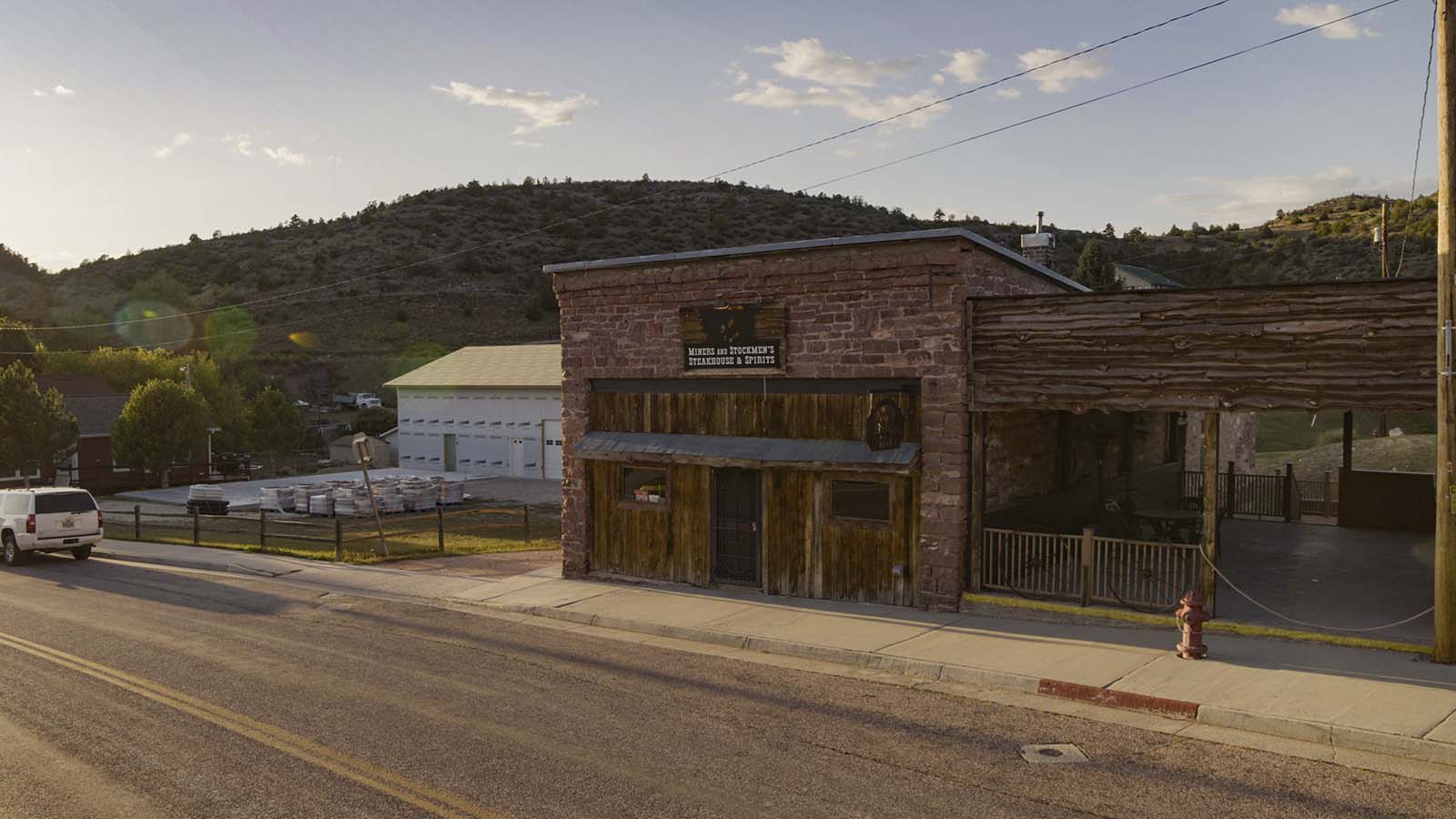