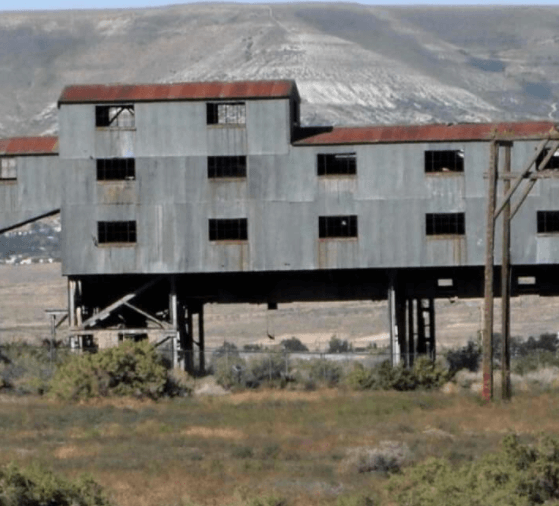 RELIANCE TIPPLE
MINE YOUR OWN PIECE OF WYOMING HISTORY
In the 1800s, the mining and railroad industries gave birth to towns throughout much of Wyoming, many of which have all but disappeared. But the spirit of one of these mining towns still lingers near Rock Springs at the historic Reliance Tipple.

Built entirely by the Union Pacific Coal Company, the town of Reliance came into existence in the first decade of the 20th century. To handle the massive amount of coal that was being mined, the railroad built a tipple in town, where millions of tons of coal were sized and sorted by men, women and machines, and then loaded onto waiting railroad cars. In 1936, a new tipple was built entirely of steel and iron, which today is visited by history buffs who seek the rich mining stories of old.

Today, you can get a sense of what turn-of-the-century mining was like by taking a self-guided tour of Reliance Tipple. No need to bring a pickaxe though — coal is no longer mined here, and any spirits you might come across mean you no harm.

VISITOR INFO
Take Hwy 191 about three miles north of Rock Springs, and turn east on Reliance Road. You’ll see Reliance Tipple about two miles ahead. Park along the footpath, and take a two-minute walk to the tipple’s first interpretive sign.