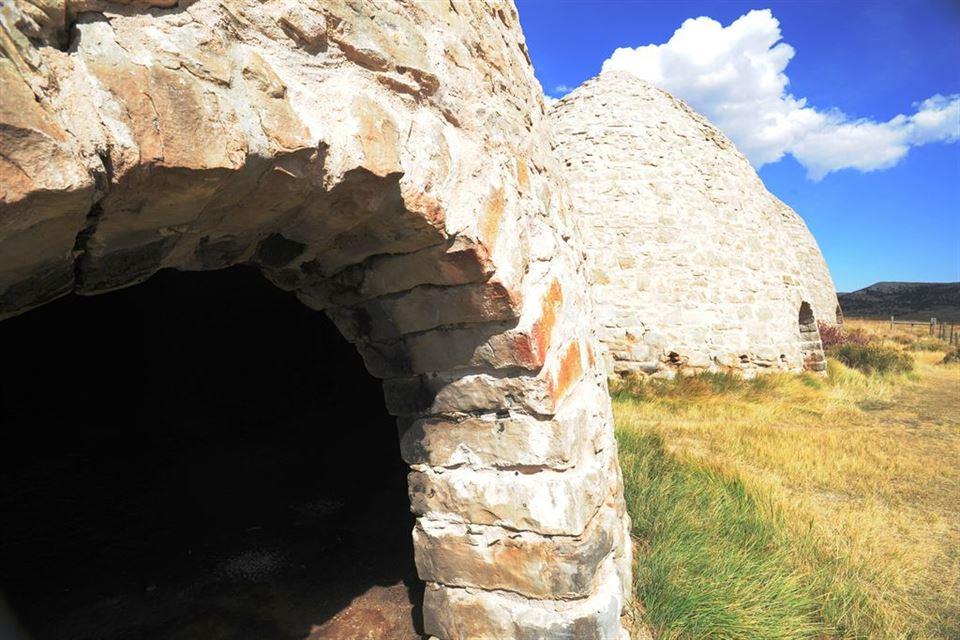 The Muddy Creek Historic Backway provides access to locations well off the beaten path. Twenty-five miles of back roads will lead you from a real western ghost town to Muddy Creek, one of the most famous camping spots of the western migration.

There was good water and plenty of grass, and the animals were well-fed by the tall bunch-grass growing along the creek. It was an ideal campsite, and a popular one. 70,000 Mormon pioneers crossed, passed through, or camped at Muddy Creek. In the summer of 1847, it was used by Brigham Young’s first group of Mormon pioneers. 2,000 men of the U.S. army camped here in June of 1858. The original Transcontinental Railroad bed passed through in 1869. The site even played host to the Muddy Overland Stage Stop and Pony Express Station. And you can still see the ghost town of Piedmont and its famed charcoal kilns, monuments to the Western Migration and its people.

The byway starts on WY-219 in the town of Fort Bridger.

Go south on WY-173 to the ghost town of Piedmont.

In less technical terms, from the west, the route extends from I-80, Exit 24, 1.5 miles to a fork in the road, south to Piedmont,

and back at this split, then east to junction 224 at Fort Bridger.