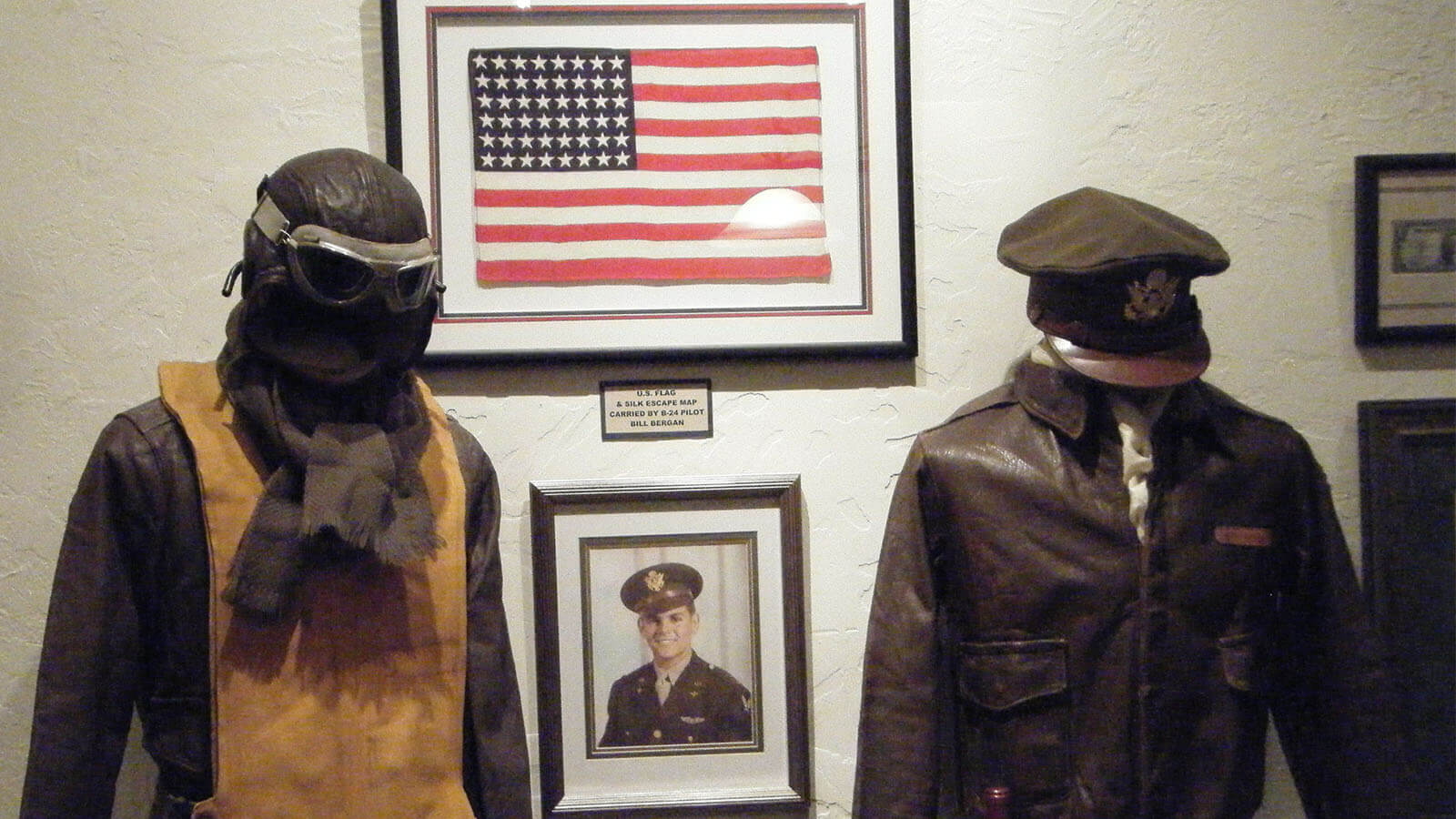 WELCOME TO THE MILITARY MEMORIAL MUSEUM

The Military Memorial Museum is a non-profit corporation located in Cheyenne, Wyoming. The collection began with the goal of acquiring uniforms, saddles, firearms and sabers depicting all of the enlisted and officers of the U.S. Cavalry from the Civil War to 1943 when the horse Cavalry was disbanded.

The Museum has met the goal and expanded the collection far beyond the Cavalry. The collection is now inclusive of other branches of service in the Army including artillery, infantry, medical and Army Air Corps. Special collections of 1902 and 1938 Dress uniforms are also included.

One of our goals of the Museum is to provide to serious collectors and interested parties a collection made available to them that will help them meet their research goals.