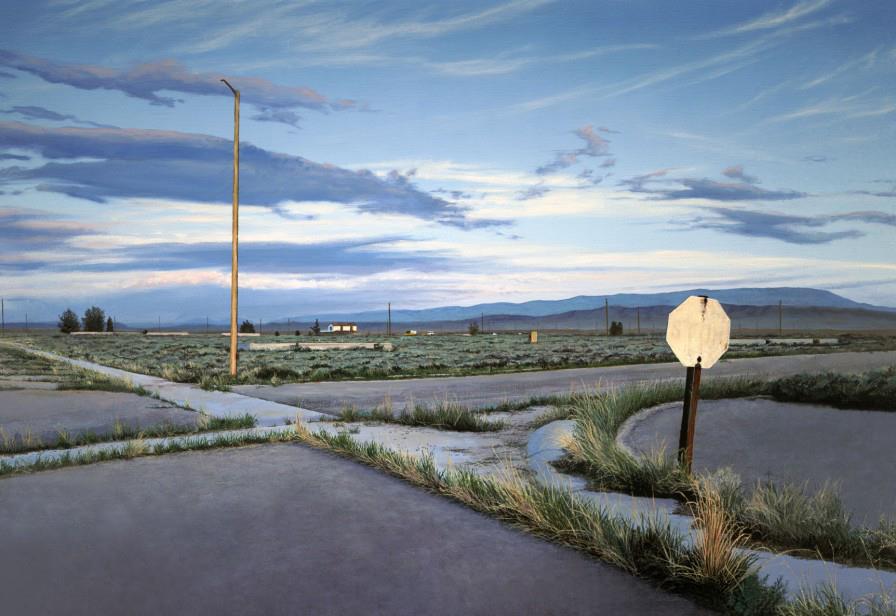 The Yellowcake Boom The post-WWII quest for uranium in Central Wyoming was triggered by the sudden demand for yellowcake – processed uranium – primarily for national defense in the early years, but later used to fuel the 104 nuclear power plants in the U.S. One pound of yellowcake produces the same amount of energy as 31 barrels (1,302 gallons) of fuel oil or 10 tons of coal. Since production started, Wyoming uranium has provided energy equal to 5.9 billion barrels of fuel oil or 1.9 billion tons of Wyoming coal.
Jeffrey City: Biggest Bust of Them all AllIn1954 prospector Robert (Bob) Adams discovered uranium. He founded the Lost Creek Oil and Uranium Company, purchased the property next to Home on the Range, and built a company town, naming it Jeffrey City after Dr. C.W. Jeffrey of Rawlins, his biggest financial backer. Adams renamed his company Western Nuclear, Inc. and later sold to Phelps-Dodge, a mining conglomerate, during the industry’s slowdown in the 1960s. With the next uranium boom in the 1970s, Phelps-Dodge added employees and built housing, streets, and parks; Jeffrey City bustled. In 1980, with nearby uranium mines in full swing, more than 4,000 people called Jeffrey City home. The school had almost 600 students, and the area’s uranium industry employed nearly 1,000 workers.
This Historic Mine Trail links significant areas of mineral development in Central Wyoming. Mining in the state has contributed to the accumulation of both private and public riches, and likewise the loss of wealth. Traditionally, Wyoming has been reliant on mining activities and as a result, the history of the state is directly related to the ups and downs of the industry and the environmental and cultural effects of mining. Mineral development in Wyoming followed this pattern of boom and bust since the first discovery of gold in the 1860s. The Historic Mine Trail interprets this story by linking gold mines to uranium mines and connecting the boom and bust experience of the 1870s to the 1970s. “The Gold Flakes Region,” located in the Sweetwater Mining District at the headwaters of the Sweetwater River, contains the state’s only developed gold mines. This area witnessed the state’s one gold rush, which occurred as Wyoming Territory was being formed. The rush contributed to the population increase and the development of freight roads in Wyoming and forced the Territory to face its Native American issues. The gold rush became the first of Wyoming’s long tradition of mineral boom and bust cycles. Linked to this first mining development in Wyoming are the uranium mines of the “Yellowcake Region.” The uranium mines contributed similarly to Wyoming’s development and tell another story of boom and bust. Much of the state’s history is tied to this cyclical experience, which helps explain the state’s population distribution, employment rates, environmental policies, and legislative policies.