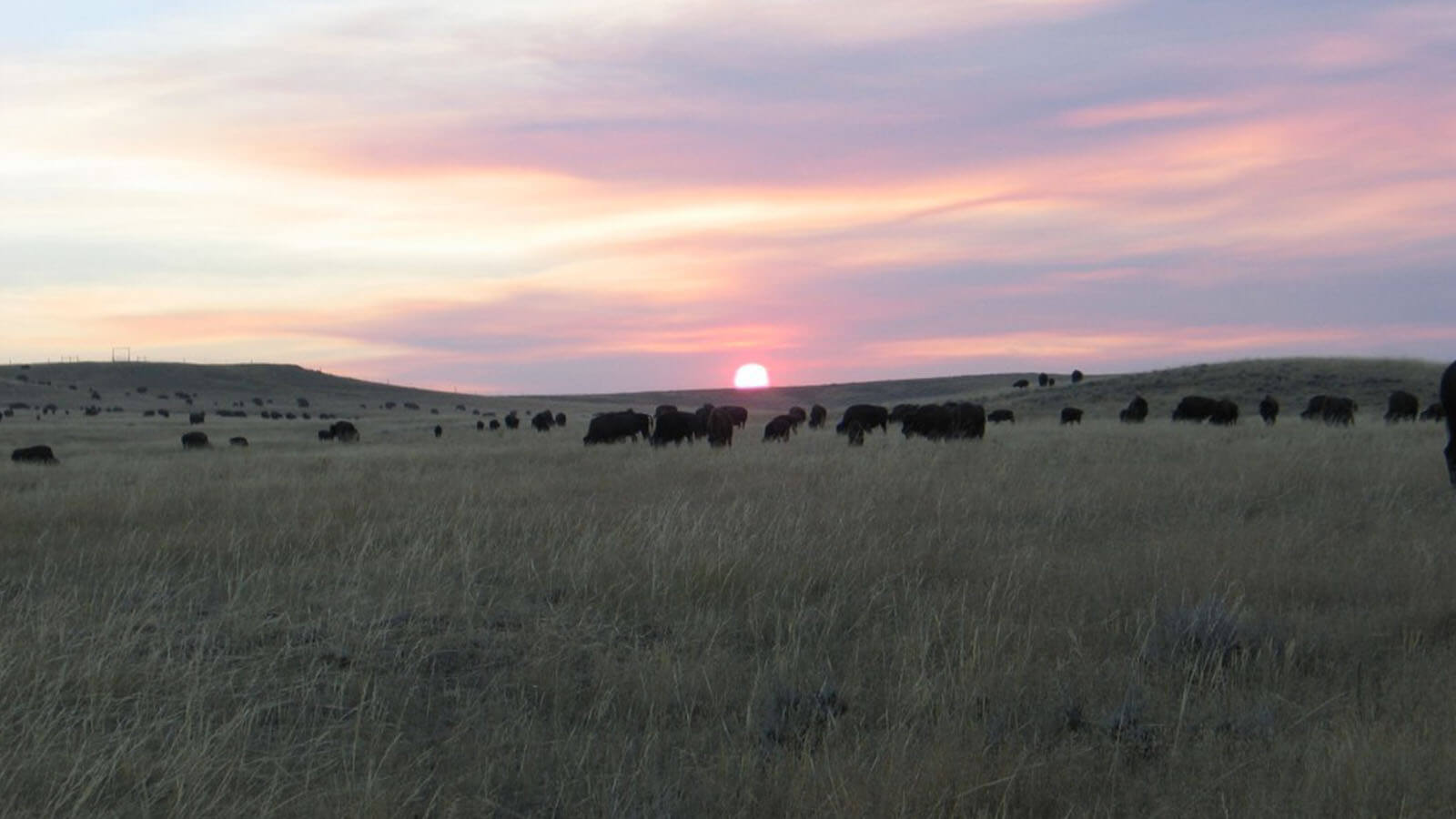 Durham Bison Ranch – The bison has come to represent all of Wyoming as we wave its iconic silhouette proudly across our flag. Historically, bison were known as the most important animal in the development of North America. They were the center of life for the Plains Indians, providing food, clothing, and shelter, so the animal was revered by the tribe culturally and religiously. There were an estimated 40-60 million bison roaming the Great Plains in the 1830s, but Western expansion and development endangered the animal nearly to the point of extinction. Fast forward to 1965 when Armando Flocchini Jr., a meat butcher from San Francisco, purchased a 55,000-acre ranch just outside of Wright, Wyoming. Like many ranchers of the time, he understood if he wanted to make a living through bison, he needed to set an example in his care of the animal and the land. By raising his bison holistically and ethically, Flocchini developed a symbiosis with his herd, and the Flocchini family has been running the ranch ever since. Thanks to conservation efforts of private ranchers like Flocchini, bison have been removed from the endangered species list and are now thriving in North America. Today, the Durham Bison Ranch is one of the continent’s largest bison operations and is home to more than 2,500 bison, all of whom are raised naturally, holistically and sustainably as part of the Flocchini’s commitment to the animal. Durham bison is hailed as some of the highest quality meat available and is shipped nationwide. Durham Ranch is open for tours during the summer months, so you can go where the buffalo roam. You’ll experience life on a Wyoming ranch and can taste the signature flavor of Wright with a bison lunch available from several restaurants in Wright or Gillette. Schedule tours through the Gillette Visitor Center by calling 307.686.0040.