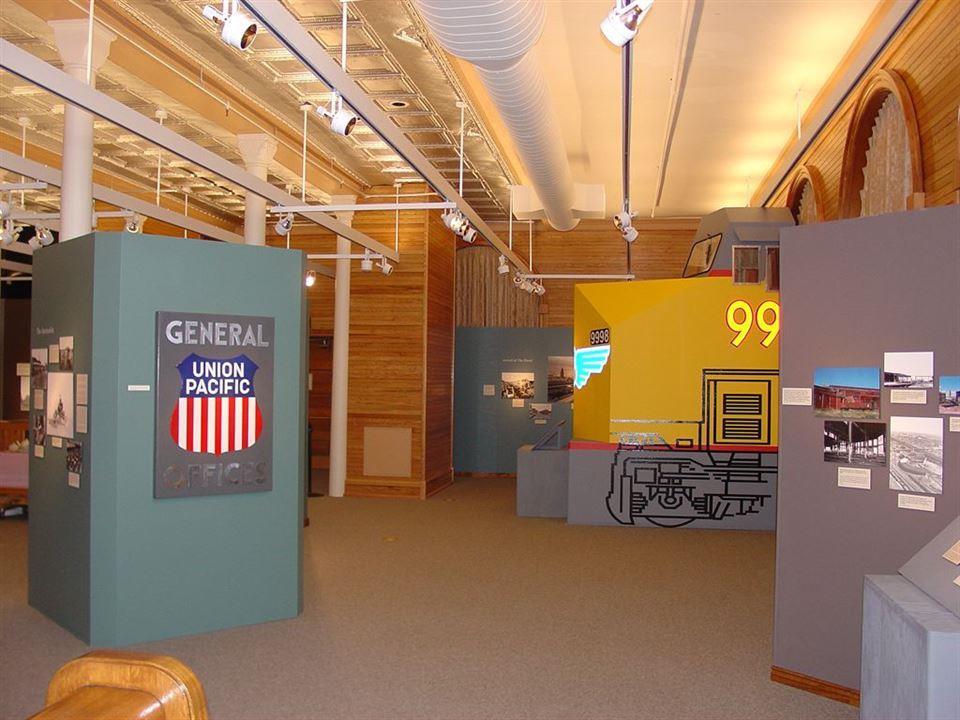 Imagine the whistle of a steam locomotive blowing, while a conductor yells “All aboard” and the last passengers rush to catch their train. While a steady stream of steam-driven engines may no longer pass through the Cheyenne Depot, the building's historic architecture and on-site museum enable today's visitors to experience the romance of the railroad and the sacrifices of those who built it.

Henry Van Brunt built The Cheyenne Depot in 1886, but the importance of his project cannot be understated. The transcontinental railroad, which was “the first large-scale, federally sanctioned construction in the aftermath of the Civil War,” connected the United States from coast to coast. Bypassing through Cheyenne, the city gained a cultural and economic relevance it otherwise would not have been able to achieve. But more than providing an important stop for travelers, The Cheyenne Depot offered an architectural spectacle never before seen in the state. Mixing Western ruggedness with Eastern elegance, Van Burnt patterned his blueprints after the buildings of Henry Richardson. Richardson's designs combined elements of 11th- and 12th-century European architecture into a single style that included round arches, clusters of broad columns, recessed entrances, and cylindrical towers with conical caps. Once completed, most considered the depot “one of the best articulated examples of the Richardsonian Romanesque style in the West” and a center-piece for the city of Cheyenne.

The 125th anniversary of the Cheyenne Depot, now a National Historical Landmark, will be marked by a series of additions to the museum and continued renovation that began with the inclusion of a train view area and railroad art collection in 2011.

While already boasting an extensive collection of photographs, artifacts, and interactive exhibits documenting the railroad's history, the depot's museum recently inherited over 1000 items from the Old West Museum to be displayed on a rotating basis throughout the year. History lovers will find the expanded collection gives them an unprecedented look into our past.

During this year's Depot Days, the second floor will debut as the home of Harry Brunk's 800 square foot Union Central and Northern Model Railroad. Brunk's narrow gauge model, which he spent the past thirty years handcrafting, gives viewers a detailed and accurate look into train travel on the Clear Creek Lines of the Colorado and Southern Railway during the late-19th century. The attraction is a must-see of all ages.

Once visitors leave the museum, they can stop by Shadow's Bar and Grille, located on the first floor, for a bite to eat and a drink. Parties can rent the lobby (daily or hourly rates available) for events, such as weddings, reunions, fundraisers, corporate parties, and seminars.

The depot, located alongside the main yard of Union Pacific in historic downtown Cheyenne, opens at 9am Monday through Friday and closes at 5pm; Sunday hours are 11am to 4pm. Admission to the museum is five dollars for adults and free for children twelve and under.