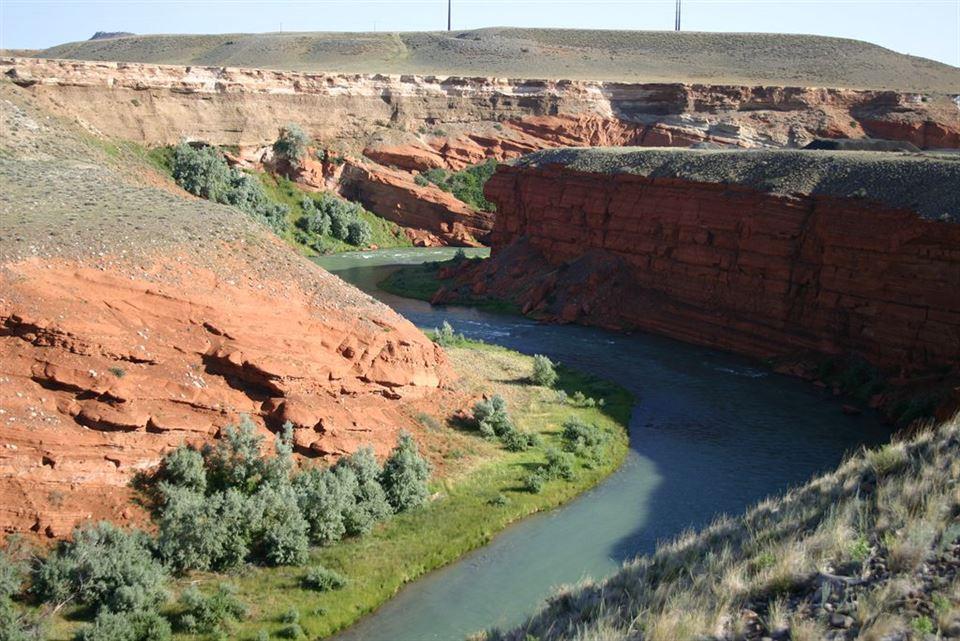 The Buffalo Bill Cody Scenic Byway, U.S. 14/16/20, follows the North Fork of the Shoshone River through scenic Wapiti Valley to the East Entrance of Yellowstone National Park. The 27 miles of paved Scenic Byway start about 25 miles west of Cody at the Shoshone National Forest border. Normal driving time from the forest boundary to the Park is approximately 45 minutes. The byway is open to traffic year round, but the East Entrance into Yellowstone closes the first Monday of November.

A gateway community to Yellowstone National Park, Buffalo Bill’s namesake town of Cody Wyoming has plenty to offer in its own right. Visit the Cody Nite Rodeo and see why they call this town the “Rodeo Capital of the World.” Or if you prefer your beef on a plate rather than in a stadium, eat out at the Historic Irma Hotel. Have a drink at their famous cherrywood bar—a gift from Queen Victoria to Irma owner Buffalo Bill—or watch the Cody Gunfighters perform live outside. Stop over at Old Trail Town for some life-sized history. The site is home to authentic western objects and architecture, including a Hole in The Wall Gang cabin, countless pioneer and Indian artifacts, and final resting place to the real life Jeremiah Johnson. The Buffalo Bill Historical Center is a must-see. With five world-class museums under one roof, it’s no wonder they call it the “Smithsonian of the West.” Once you’re back on the road and heading west from Cody, don’t’ miss a stop at Buffalo Bill Dam. Prototype for world-famous Hoover Dam, this massive concrete wall boasts a structural height of 350 ft, its own visitor center, and a breathtaking walk along the top. From there it’s a gorgeous drive through Buffalo Bill State Park into the Wapiti Valley and the byway proper, a geologist’s dream and the country that Teddy Roosevelt once called “the most scenic 50 miles in the world.” The byway ends in spectacular fashion at Sylvan Pass (el. 8530 ft./2600 m.) with a sweeping mountain view and the East Entrance to the world’s first national park, Yellowstone.