The western slopes of the Sierra Madre range offer an explosion of color each fall. Pack a lunch and spend your day listening to the rustle of leaves and smelling the promise of snow, just over the mountain top.

Located in south-central Wyoming’s Carbon County, this fall colors day trip takes you along the 57-mile stretch of the Battle Pass Scenic Byway, where aspen trees provide all the entertainment you need on a sunny, fall day.

Start your fall road trip in Encampment, a town built on copper-mining, the history of which can still be found at the Grand Encampment Museum. From here, drive east along Battle Pass Scenic Byway (Wyoming Highway 70) toward one of the most unique aspen groves in Wyoming: Aspen Alley.

Located on the Deep Creek Road (Forest Service Road 801) off Wyoming Highway 70, this stand of aspen trees is unusual. Often aspens are short, with twisted trunks and branches, but here they are tall, stately, and upward of 50 feet tall. Their branches bush at the top of the trees interlocking over the narrow dirt road to form a canopy. In early summer sunlight glints through the green leaves, but in September it shimmers with a golden-red glow as it filters through a sunshade formed by the quaker leaves.

Aspen Alley is just one of the spectacular displays of quaking aspen in this area of the Sierra Madre and the Medicine Bow-Routt National Forest. Driving west from Encampment, you will see the first aspen groves just before you reach the forest boundary, five miles west of town. They intermingle with ponderosa pine and spruce trees as the highway winds its way to the Continental Divide, where there is trail access to the Continental Divide Trail and Huston Park Wilderness area, along with spectacular views of both the Pacific and Atlantic watersheds.

Nearly 12 miles west of Encampment, you’ll reach a pullout for Red Mountain Trailhead, from which you can access the Continental Divide Trail and the Huston Park Wilderness for an up-close and personal view of the area’s beautiful aspen trees.

Just west of the Continental Divide, Battle Lake shimmers below the road and the peaks of Red Mountain. A series of historical markers provide information about the copper mining boom that occurred in this region from 1897-1907. One near Battle Lake explains the connection between Thomas Edison’s development of the incandescent light bulb and a fishing trip on the lake.

As the road descends toward the Little Snake River Valley, the vegetation changes as well. There are far more aspen groves west of the Continental Divide. As you depart the forest and drive toward Baggs, you have a last explosion of color to anticipate: Battle Mountain, covered with service berry and scrub oak, making it a profusion of red, yellow and orange during September and early October. Be sure to stop at the Battle Pass Summit, where the byway tops out at 9,995 feet, for more incredible views.

Continue west along Wyoming Highway 70 to Baggs, a Wyoming town once known as a rendezvous spot for infamous outlaws such as Butch Cassidy and the Wild Bunch. Check out the Bank Club Bar, a bank that later became a bar and is now on the National Register of Historic Places. From Baggs, take Battle Pass Scenic Byway back the way you came or head north to jump on I-80; driving west will bring you into the Red Desert toward Rock Springs, while going east will bring you back toward the Snowy Range and Medicine Bow National Forest.

When Should You Go?

To see the aspens at their peak each fall, time your trip for the last two weeks in September. You can find out if the colors are early or late by contacting the Brush Creek-Hayden Ranger District in Saratoga at 307-326-5258. Bear in mind this turning of the leaves happens at the hand of Mother Nature, so there is no precise way to predict the best time to see the fall colors. Please also be aware the Battle Pass Scenic Byway is open May through mid-October, so going too late will mean aspens past their peak colors and inaccessible roads. 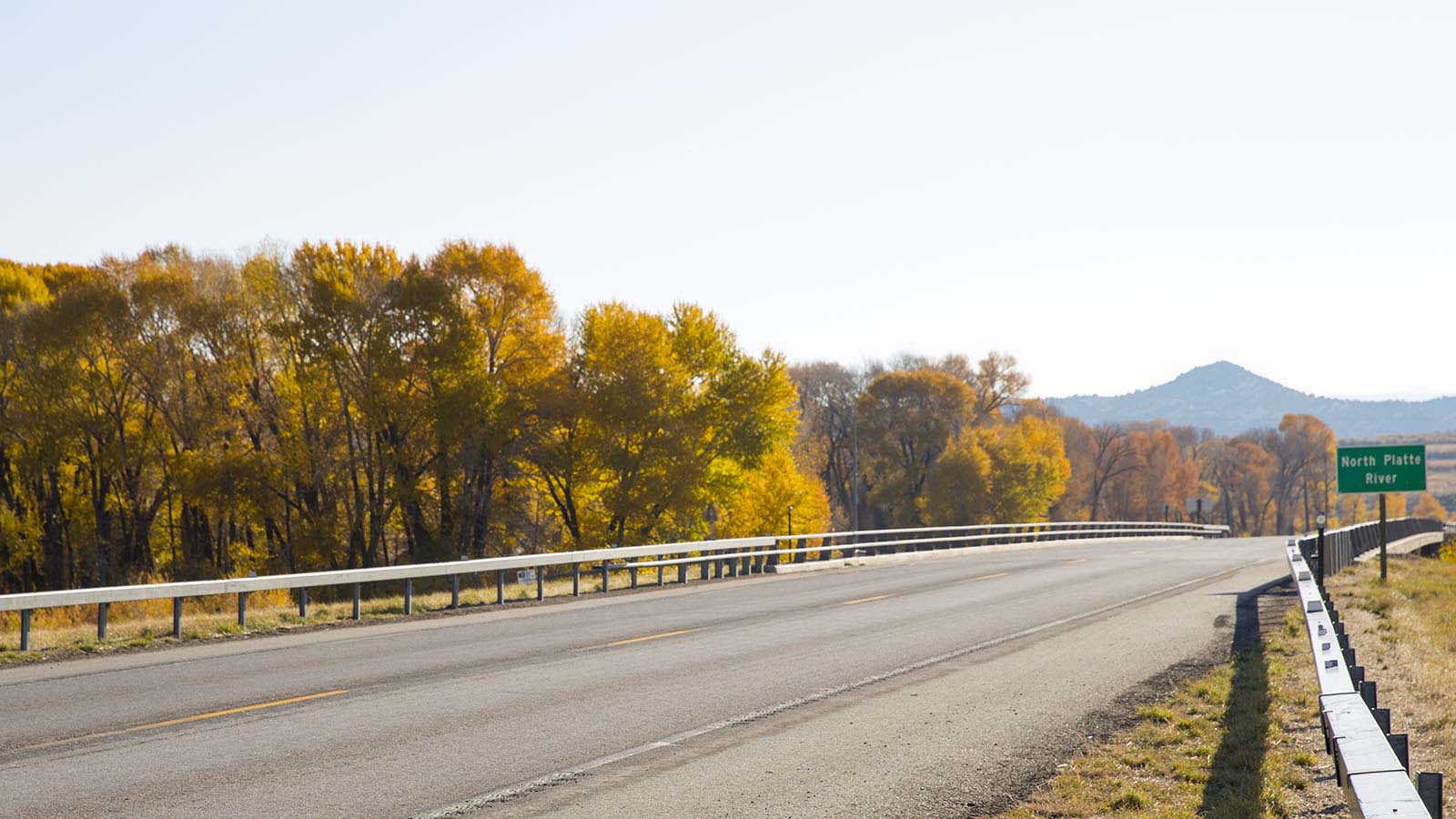