Breaking the Cowboy Stereotype: Q & A With Ivan McClellan

Ivan McClellan’s Eight Seconds: Black Cowboys in America exhibit was featured at the Buffalo Bill Center of the West. His photographs give a unique perspective to the modern-day cowboy and the fluidity of their race and gender.

I am a husband, father and photojournalist living in Portland, Oregon. I grew up in Kansas City, Kansas. We lived on 5 acres of land in the middle of the city so my upbringing was urban and country at the same time.

When did you first attend a rodeo?

I grew up going to the American Royal Rodeo in Kansas City. Our school choir would sing the National Anthem there and when I think about it the first thing that comes to mind is the smell. After I grew up I didn’t go to any rodeos until 2015 when a friend of mine invited me to go with him to a  black rodeo in Okmulgee, Oklahoma. I didn’t know black cowboys were real let alone that there were thousands of them! I became obsessed with the energy, fashion and athleticism on display and returned to the rodeo year after year to take photos and hear stories.

What inspired you to create your exhibit, Eight Seconds: Black Cowboys in America?

After doing this project for about 4 years my wife Heather encouraged me to start sharing my photos on Instagram. I started an Instagram account called eightsecs. I got thousands of follows from people equally curious about this subculture and unaware of the existence of black cowboys. I had it in my mind to do an exhibition of the work but didn’t know where to do it or when would be the appropriate time When the Buffalo Bill Center of the West approached me to do a show last year I thought a museum dedicated to the legacy and heritage of the American West would be the perfect venue. The social unrest, division, and political turmoil of last year I felt made the work urgent and timely.

What do you hope people gain from experiencing your display?

I hope people experience joy when viewing my photos. It’s always a thrill to go to the rodeo and hang out with cowboys. I hope people can feel that positive energy. I also want folks to interrogate their own stereotypes. I had a perception that black culture was a monolith where people had similar backgrounds, values, and skills. I’ve learned that my culture is a lot more varied and expansive than I thought. I hope people leave the show curious about what they might not know.

Is there anything that surprised you while capturing these moments?

I was pretty uncomfortable the first time I interacted with these cowboys. I thought they’d judge me for being a city boy. I couldn’t have been more wrong. Cowboys were as curious about me as I was them. They were open to sharing their stories and inviting me into their lives. I’ve been moved and surprised by how many genuine friends I’ve made doing this work.

Does the exhibit feature any notable Wyoming cowboys?

There aren’t any current cowboys from Wyoming in the show, the exhibit does feature but legendary bull rider Charles Sampson. He competed at rodeos in Wyoming and now spends his summers at a dude ranch outside of Cody.

Why is it important to expand the cowboy icon to include people of color?

The cowboy represents the noblest American traits Integrity, Independence, and grit. In popular media, for many years this icon has only been presented as a white man. Now we’re starting to see that image evolve. I hope that young people, my kids, will associate those traits with their race and feel welcome to live a western lifestyle if they choose. I think it’s also important for the survival of western culture in this century to be inclusive and invite new voices in.

How did you feel when you learned your photography would be displayed at the Buffalo Bill Museum of the West?

I was thrilled! I couldn’t imagine a better venue or better partners to showcase my first solo exhibition of this work.

How can people view more of your work around this topic?

You can find more of my photos on Instagram by following @eightsecs.

What parts of Wyoming have you experienced?

I have been to Cody and the Yellowstone area. The part of the state that I’ve seen is stunningly beautiful and with some of the nicest people, I’ve met. Cody was much more diverse than I expected it to be. I’ve now been to 48 states and Wyoming is as cowboy as it comes!

I have a photobook of this work coming out in January 2022. 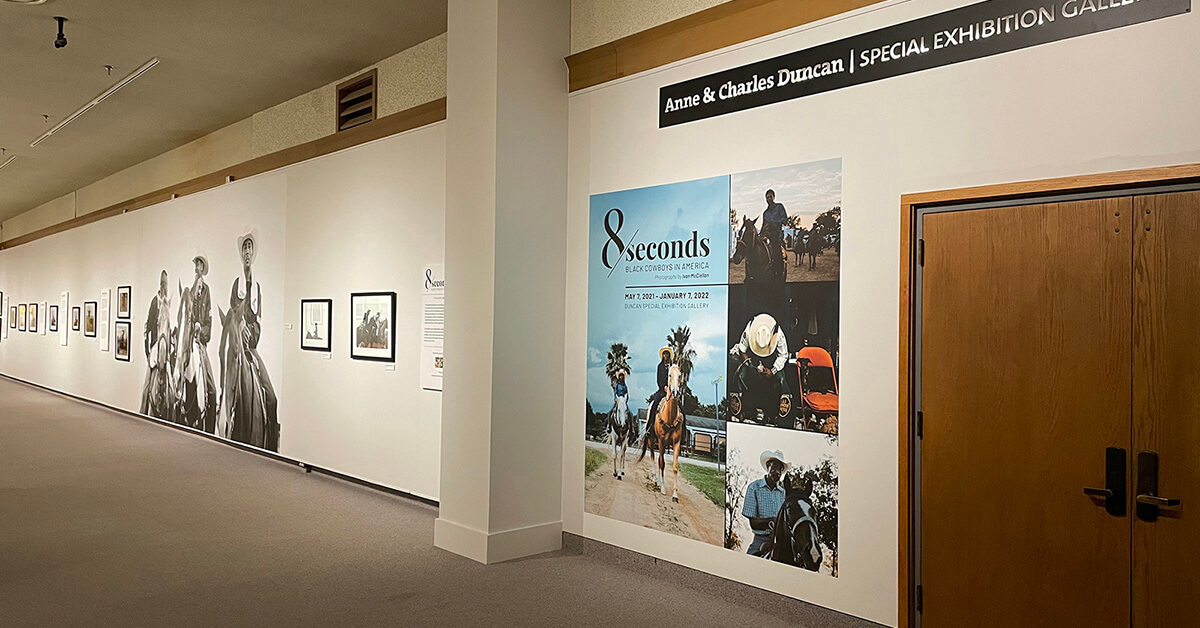