January 27, 2020—Cheyenne, Wyoming— Today marks another commemorative moment in history for the Equality State: the 100th anniversary of the State of Wyoming ratifying the 19th Amendment to the U.S. Constitution. On Jan. 27, 1920, Wyoming voted to ratify the 19th Amendment, ensuring the right to vote could not be denied to women. Wyoming was one of 36 states to vote in favor of the amendment to become law.

“Wyoming’s role in the women’s suffrage movement is not widely understood in America and has not been clearly integrated into the national narrative of the decades-long fight for women’s right to vote and the final ratification of the 19th Amendment in 1920,” said Shannon Smith, executive director of Wyoming Humanities and member of the Governor’s Council for the Wyoming Women’s Suffrage Celebration. “We will elevate awareness statewide and around the nation of Wyoming’s vital role in the national narrative of women’s suffrage that led up to the ratification of the 19th Amendment.”

On Dec. 10, 2019, Wyoming commemorated the 150th anniversary of the passage of the Wyoming Suffrage Act in 1869 by the Wyoming Territorial Legislature, less than five months after the territory was created by Congress and a full 50 years before the U.S. Constitution was amended to include women’s suffrage.  On Aug. 18, 2020, the rest of the nation will celebrate the 100th anniversary of women’s suffrage. 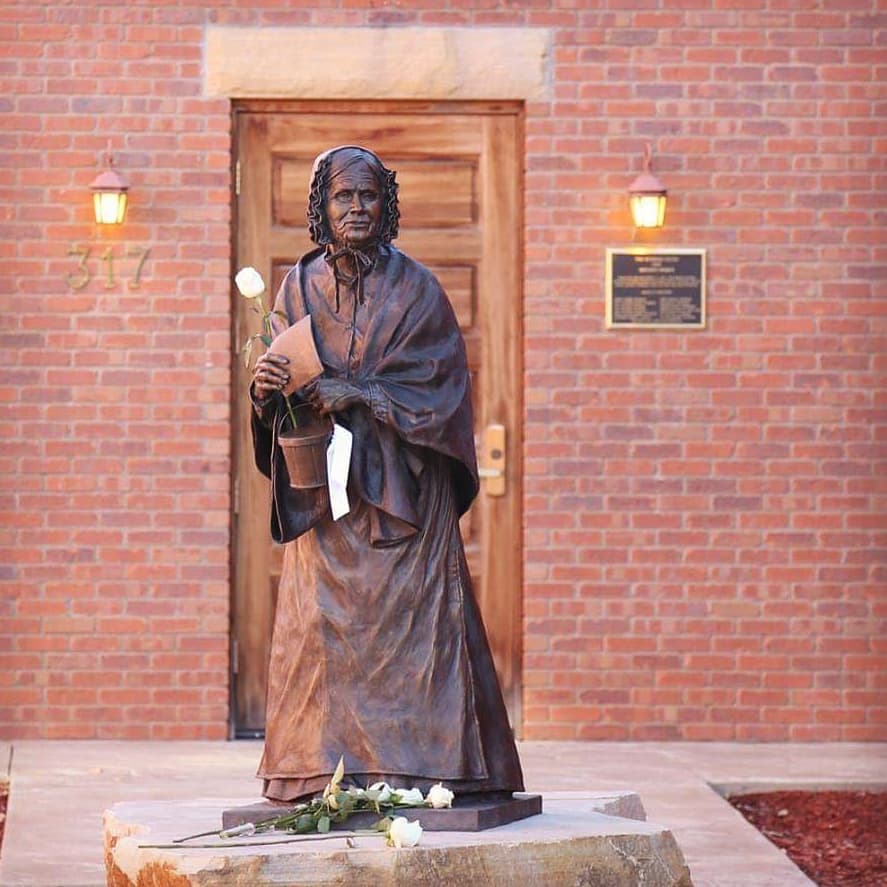 Statue of Louisa Swain, the first woman to cast a ballot. Location: The House for Historic Women in Laramie.

In 2020, Wyoming will continue to celebrate the trailblazing women of the west, including the 150th anniversary of the first woman in the world to cast a ballot under permanent, unrestricted suffrage in Laramie.

The Governor’s Council for the Wyoming Women’s Suffrage Celebration continues to encourage organizations and communities to be involved in a variety of ways:

Communities or organizations can submit an official women’s suffrage event, program or project through the League of Women Voters of Wyoming. To learn more about Wyoming’s pioneering history, organizations can also secure speaking engagements through the Governor’s Council To request a speaker for an upcoming program, click here.

The William G. Pomeroy Foundation is currently seeking applications for National Women’s Suffrage Markers. Each marker will highlight sites on the National Votes for Women Trail (NVWT). Currently, Esther Hobart Morris’ house in Cheyenne – the first female Justice of the Peace – and Wyoming’s House for Historic Women in Laramie are undergoing the nomination process.

In partnership with the University of Wyoming, the Governor’s Council for the Wyoming Women’s Suffrage Celebration will honor National Girls and Women in Sports Day during the women’s basketball game on February 1. Attendees will have the chance to receive a commemorate women’s suffrage coin.

For more information about Wyoming’s 150th anniversary of Women’s Suffrage and Wyoming Office of Tourism, visit the award-winning site, TravelWyoming.com/wyoming-womens-suffrage.