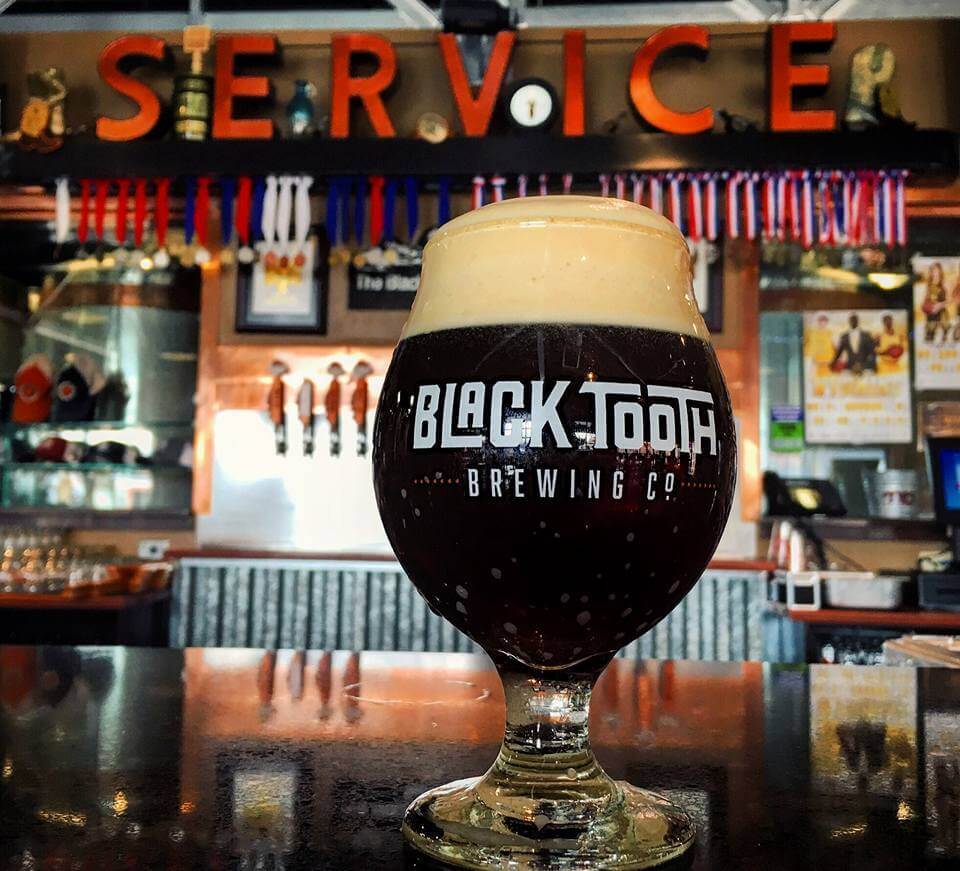 Sheridan Wyoming’s most highly awarded brewery is located in the heart of the wild west, and at the base of the majestic Big Horn Mountains. At Black Tooth Brewery we are creating fun, unique, and quality craft beer, and have been doing so for over 9 years.
With a humble beginning starting in November of 2010, Black Tooth opened its Taproom doors and brewery with only a 10 BBL brewhouse. This small beginning for Black Tooth quickly led way to future expansions, and in the spring of 2015 the completion of a multi-million dollar production facility capable of producing upwards of 50,000 BBLS a year.
The vision of being a leader in creating quality craft beer in the Rocky Mountain region has now become a reality. Black Tooth has three of its flagship beers, Saddle Bronc (Brown Ale), Bomber Mountain (Amber Ale) and Hot Streak (IPA) as well as multiple seasonal offerings including Copper Mule (Ginger/Lime Cream Ale) and Tour Bus (Passion Fruit/Blood Orange Summer Ale) available in 6-Pack cans and draught statewide in Wyoming as well as parts of South Dakota, Montana and Nebraska.
Within the taproom doors you will find a relaxing yet vivacious tasting room where locals and travelers alike can enjoy a fresh pint, from a wide range of Black Tooth brews. So if your passing through the wild states of the west make sure you stop into the taproom or grab yourself a 6-pack or pint at a local watering hole and #Drink The West!
A few of our award-winning beers include:
Saddle Bronc Brown
Bronze – 2019 Great American Beer Festival
Silver – 2018 World Beer Cup
Gold – 2017 North American Beer Awards