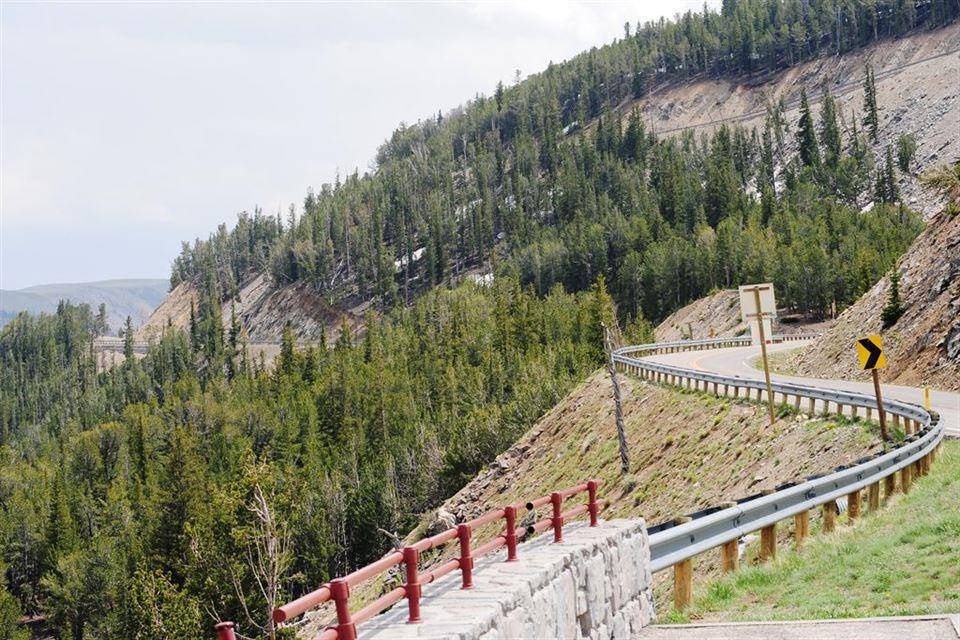 Cresting at 10,947 feet in Beartooth Pass, Beartooth Scenic Byway is Wyoming’s highest paved primary road. The traveling CBS journalist Charles Kuralt once called it “the most beautiful drive in America,” and once you’ve driven it you’ll understand why. The only National Scenic Byway in Wyoming, this two-lane route was the first and most substantial road to be constructed under the Park Approaches Act of 1931, and is currently in the nomination stage for inclusion in the National Register of Historic Places.

Winding through Custer, Shoshone, andGallatin National Forests, drivers will find vast mountain landscapes, massive glaciers and alpine meadows full of wildflowers, all leading up to the Northeast Entrance of Yellowstone National Park. Although Beartooth is closed to automobiles in the winter, it still offers snowmobilers spectacular paths to explore.

The Beartooth Scenic Byway is accessible from the south via the Chief Joseph Scenic Byway (State Hwy. 120). The Wyoming section is 47 miles in length and requires a minimum drive time of one hour.

Opened in 1936, Beartooth Scenic Byway roughly follows the old Sheridan Trail, laid out in 1882 by Yellowstone protectionist Gen. Phil Sheridan. Coming up from the south, you’ll hit the route almost dead center. And while you may be tempted to turn west and head immediately for Yellowstone, don’t cheat yourself out of some of the most spectacular panoramas in the US. Just a few miles east and you’ll come to Clay Butte Lookout. A four-mile side trip over a dirt road (not recommended for RVs or tow-vehicles) and a mile hike upwards, and you’ll find a 360-degree view of dozens of mountain peaks. In the summer months you can step inside the lookout tower for a talk with forest service volunteers and exhibits of the 1988 Yellowstone wildfires. Back to the main road and a winding drive east will bring you to the literal high point of the drive — Beartooth Pass. The scenery is spectacular, but take any lightheadedness seriously.