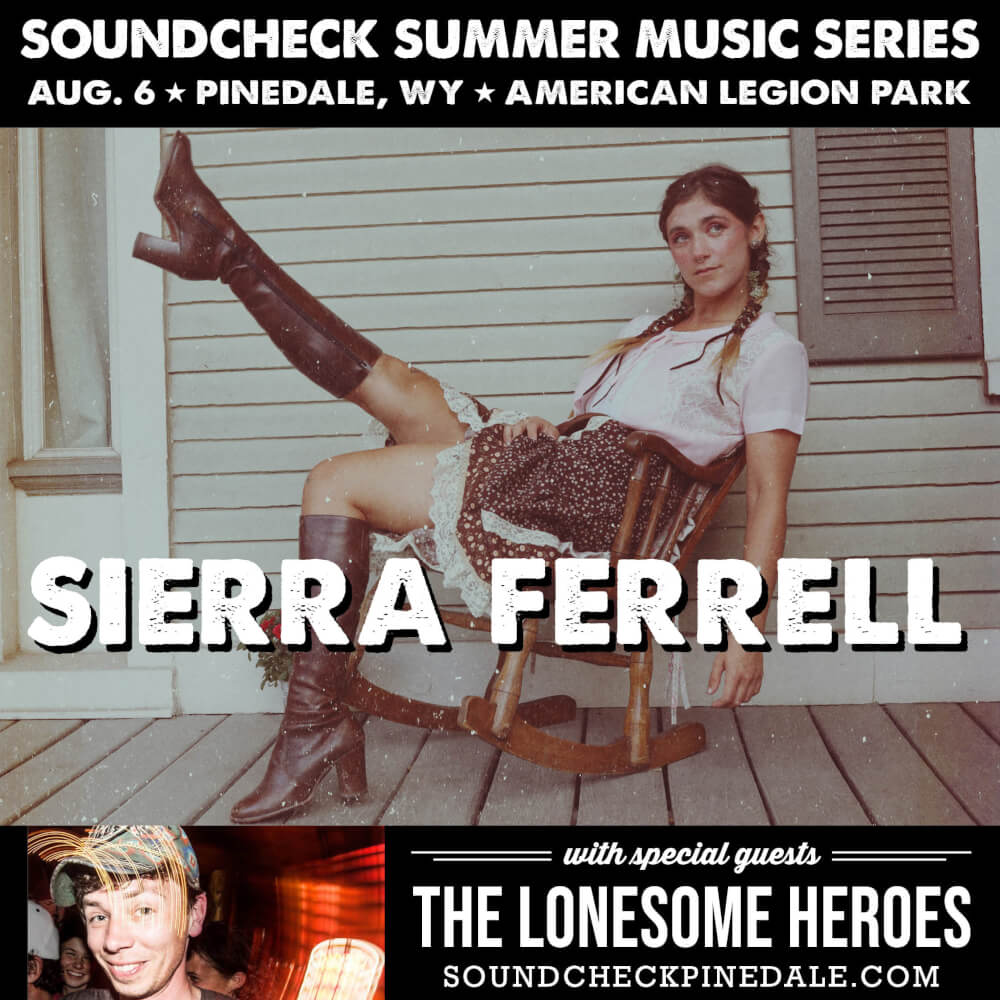 The Soundcheck Summer Music Series features national touring acts performing live at American Legion Park in downtown Pinedale, Wyoming. The Soundcheck Series is one of the most popular music series in the Rocky Mountain West. All shows are free and kid/pet friendly.
Friday August 6
SIERRA FERRELL
With her spellbinding voice and time-bending sound, Sierra Ferrell makes music that’s as fantastically vagabond as the artist herself. Growing up in West Virginia, the singer/songwriter/multi-instrumentalist got her start belting out Shania Twain songs in a local bar at the age of seven, and left home in her early 20s to journey across the country with a troupe of wandering musicians.

THE LONESOME HEROES
Austin’s Lonesome Heroes reside at the cosmic junction of indie rock and country. Led by frontman Rich Russell’s never-ending call of the road, the group have toured extensively behind two acclaimed albums across continents on both sides of the world, while never straying too far from their “Cosmic Americana” roots. The Lonesome Heroes draw as much from Seventies pop as they do from a potpourri of country rock.