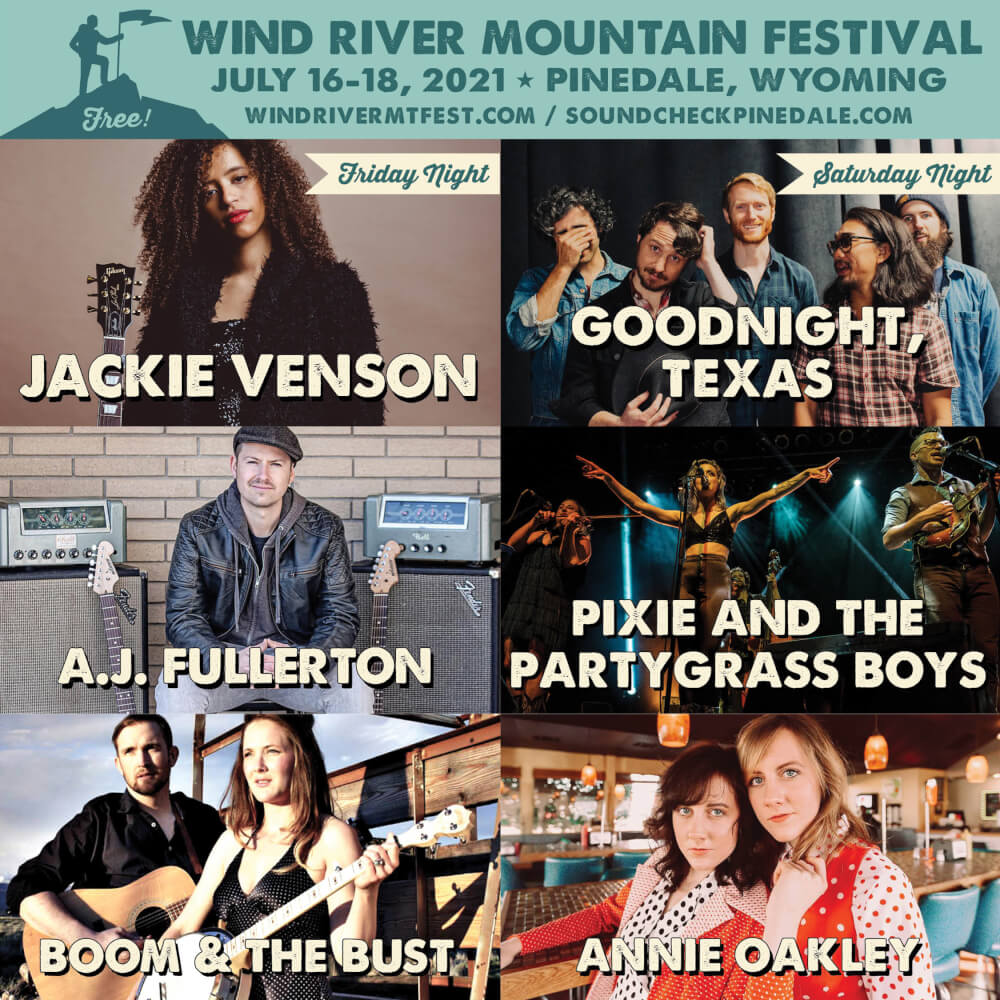 The Soundcheck Summer Music Series features national touring acts performing live at American Legion Park in downtown Pinedale, Wyoming. The Soundcheck Series is one of the most popular music series in the Rocky Mountain West. All shows are free and kid/pet friendly.

GOODNIGHT, TEXAS
Goodnight, Texas is the transcontinental garage Appalachian collaboration of San Francisco’s Avi Vinocur (formerly of The Stone Foxes) and North Carolina’s Patrick Dyer Wolf. The music is the product of their travels, their whispers and roars, their sounds made with steel and wood, and the echo of our country’s past.

PIXIE & THE PARTYGRASS BOYS
Partygrass isn’t exactly bluegrass, or newgrass, or pop, or punk, or rock and roll. They fall somewhere in between it all, and that’s exactly how they like it. Drawing influence from the bluegrass roots of Appalachia and transporting it straight to the western edge of the Rockies, Pixie and the Partygrass Boys create a uniquely American sound. Inspired by landscapes from coast to coast, the group combines classical training with jazz, Broadway, pop-punk, and an unabashed love for having a damn good time.