The year is 1908, and Annie Bruce is incarcerated in the “Old Pen” for killing her father with a poisoned plum pie. Three years later, restless prisoners burn down the prison’s broom factory, allowing twenty-seven opportunistic inmates to escape. Fast-forward to 1916. Notorious train robber William Carlisle breaks free from the prison by hiding in a shirt crate. He pillages one last train before being shot by a posse and returned to his cell. Now it’s 1955. Eighty inmates stage a full-scale riot in the prison cafeteria, arming themselves with kitchen knives and taking three guards hostage.

These are the sorts of “Wild West” tales I experienced on my visit to the Wyoming Frontier Prison in Rawlins.  Historically speaking, Rawlins is known for its outlaw activity, and its remote location near the Red Desert combined with its lawlessness made it an ideal place to erect the state’s first penitentiary.

Once known as the Wyoming State Penitentiary, the Wyoming Frontier Prison was in operation from 1901 until 1981, and the 80 years that fill its lifespan overflow with fascinating and, I would add, sometimes eerie historical insights.  While the prison’s museum holds a wealth of information, it is definitely worth the $8 bucks to do the hour-long guided tour through the prison.While many historical sites are restored to appear as they were when actually in use, the Wyoming Frontier Prison has been left relatively untouched since it closed a little over 30 years ago.  Many of the original furnishings and architectural structures remain in place and intact.  In my experience, this gives the prison a unique air of authenticity and allows visitors to walk away with a truer sense of what life in the “Old Pen” was like. My tour began with a demonstration of the science behind the Julien hanging method, at which point it became blatantly obvious to me that the guides are not in the business of sugarcoating the harsh realities of prison life in the former Wyoming Pen.  After this hair-raising exhibition, the guides took my group through tiers and tiers of cells, including the 104 original 5′ X 7′ cells in which two men were squeezed during the prison’s earlier years.  Adding to the bleakness, the original cells had no electricity or heating or cooling systems.

Certainly, as I moved through the tour, I increasingly thought of modern-day prisons as a bit of a luxury in comparison.  Passing through the cafeteria, the showers, and the old exercise yard, and confronting sites with ghoulish names such as the “death house,” the “punishment pole,” and the “dungeon,” all the while listening to my guide rattle off detailed explanations of the violent lives and deaths of some of the inmates and prison guards—I have to admit feeling somewhat humbled and sympathetic toward anyone ever incarcerated (or employed) in the place.  Certain things in there just send a shiver down your spine.Still, touring the prison isn’t necessarily a wholly grim experience.  It can also be an exciting thrill and an interesting look into the history of punishment and the frontier lifestyle in the West.  Interestingly, the prison was even an important economic force during certain parts of its history, serving as a site of production for brooms, shirts, wool and license plates.  In fact, the “Old Pen” won the “Navy E” in 1942 for its production of high quality wool blankets that supplied the military during WWII.

All in all, the Wyoming Frontier Prison offers an extremely hands-on and engaging experience that is well worth the visit—and the goose bumps.  Indeed, I walked right through areas such as the “death house.”  Consisting of six cells where inmates on death row awaited their imminent demise, the “death house” also contains the gas chamber, which was installed in 1936 soon after hanging was outlawed in Wyoming.  In the gas chamber, I physically sat in the chair where 5 men were executed using hydrocyanic-acid gas.  I even tried on the original straps that were used to constrain the condemned to the chair during the final moments.  I hopped inside a solitary confinement cell and attempted to imagine life as an isolated prisoner.  I sat in the cafeteria and held the food trays that the inmates both ate off of and stashed weapons under.  I contemplated the “punishment pole” where disobedient prisoners were handcuffed and whipped with rubber hoses.  All the while the penitentiary was generally cold, dark, and frankly smelled like an old prison. It is all exceptionally sensory, and this makes it a fascinating, if for some unsettling, tour through an intriguing place and time in Wyoming and broader frontier history. 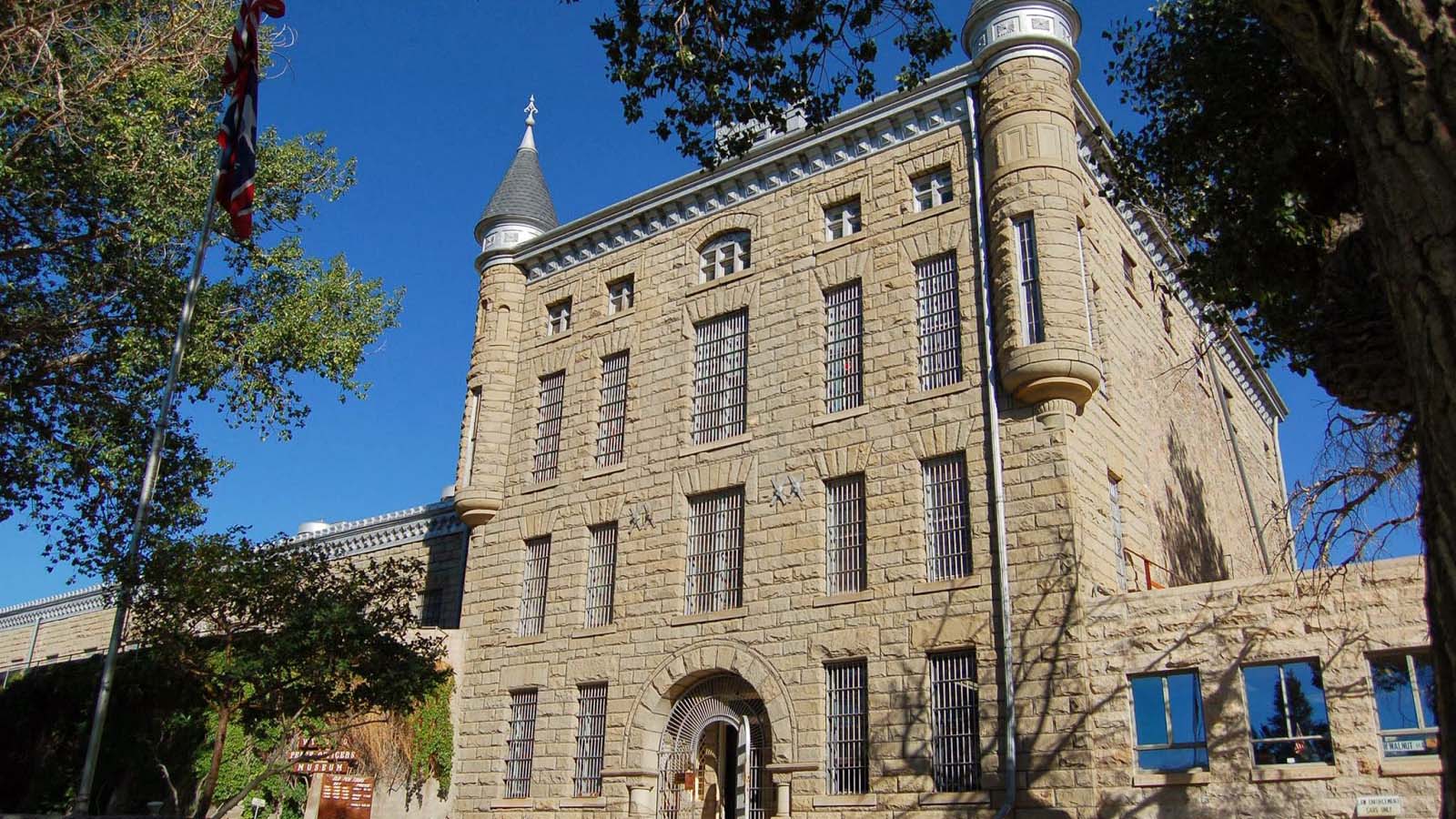